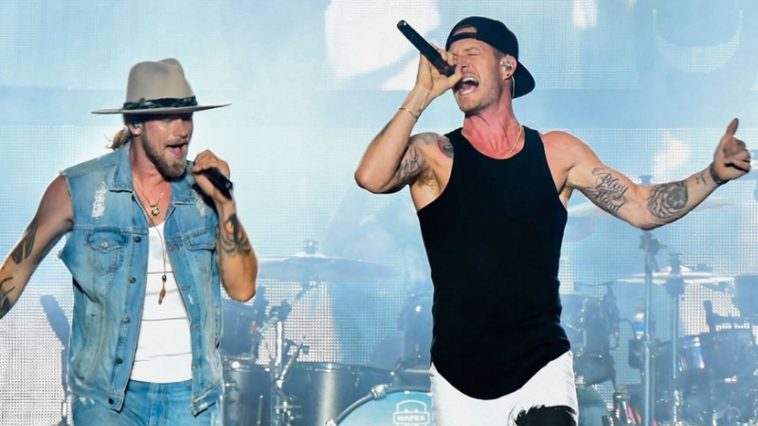 Florida Georgia Line is currently touring to support their February released album called “Can’t Say I Ain’t Country”. The two friends have opened their touring list with a show in Rogers, Arkansas and have their next performance scheduled for the 25th of July at Virginia Beach, Virginia. The tour features stop also in locations such as Cincinnati, Chicago, Cleveland, Atlanta, Phoenix, and San Diego before wrapping up on the 28th of September with a show in Irvine, California.

There were no events found for Florida Georgia Line.

Florida Georgia Line has also announced that they will return to the FGL Fest that will take place at the Indianapolis Motor Speedway on the 7th of September.

“Can’t Say I Ain’t Country” album has been released on the 15th of February and captured the attention of the band’s fan base firstly through its lyrics. Details that are part o life’s big picture – jobs without a future, a couple saying a prayer before eating in a Mexican menu restaurant, an orange’s peels left to rotten on a floor are just a few of the evocative images inspired by the album’s lyrics.

The lead single “Simple” is a love song with a taste of folk and rock, similar to the ones from Mumford & Sons’ playlist, whilst the duet with Jason Derulo called “Women” is a ballad meant to praise the women. “Told You” has traces of soul and blues on it, while “Small Town” and “Talk You Out of It” are a mix of R&B, country, and hip-hop.

Overall the album “Can’t Say I Ain’t Country” is a balanced gathering of several musical styles, without struggling to find original ways to speak about love and other relevant themes of modern life. The vocal harmonies combined with the contrast between the softness of its love songs and the strength of its country tracks provide the overall feeling that “Can’t Say I Ain’t Country” is bringing the band and its fans back home.

Brian Kelley and Tyler Hubbard met in Nashville while they were students at the “music factory” “Belmont University”. They began to write songs together during the school breaks and entered the local clubs circuits. Their performances have soon built a fan base and a reputation as a country sound band worth following. In December 2010 the duo released the EP “Anything Like Me”.

In 2012, the single “Cruise” preceded the album “It’s Just What We Do”, released in May. “Cruise” became a huge success: it reached #1 in the country charts and stayed there for 24 weeks, sold more than 6.5 million copies, and in 2013 grabbed the CMA for “Single of the Year”, bringing also the distinction “Vocal Duo of the Year” for the band. The pop remix of the single, featuring Nelly, reached #4 on “Billboard Hot 100” and turned the song into an international pop hit.

The following year, in 2013, the band released two more successful singles: “Get Your Shine On” and “Round Here”, both reaching the top of the country charts. The same performance was attained by the album that followed these singles: “Here’s to the Good Times”, released in that year’s summer, won two platinum certifications and also reached the first position in the country albums charts.