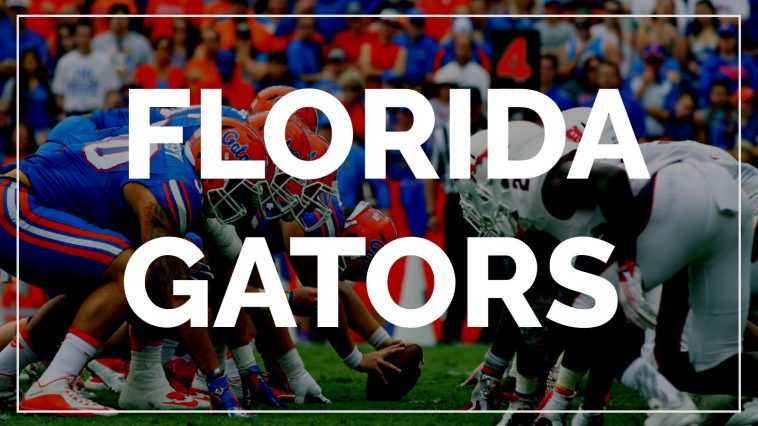 The Florida Gators are one of the biggest stars in the Southeastern Conference (SEC). The team played its first game in 1906, and NCAA football has only grown bigger and more competitive in the 100+ years since then. If you’re a football fan, or a Gators fan in particular, then you’re probably wondering what the best way to get tickets to a Florida game is. If so, you’ve come to the right place. Here, we’ll go over everything that you need to know to get the most out of a Gators game, including the best ways to get tickets.

The Florida Gators are one of the more successful teams in the NCAA. As a member of the SEC, they face some pretty tough competition. Despite this, the Gators have won 3 National Championships and they have won the SEC title 8 times.

There have been a number of greats to play football at Florida. Some of these include Steve Spurrier, Tim Tebow, and Brad Culpepper. Many have gone on to have great careers in the NFL. The team continues to uphold this great tradition of success and is a consistent contender for postseason glory.

The biggest rivals of the Gators are the Georgia Bulldogs. Known as the Florida-Georgia game, this matchup is usually held at the end of October in Jacksonville, Florida. The game has been held every year since 1926 except for 1943, during the middle of World War II. Georgia currently has a slight lead over Florida in the series.

Other big rivals of the Gators are the Florida State Seminoles, the LSU Tigers, and the Tennessee Volunteers. Tickets for these games are always hot items and tend to sell out. The Auburn Tigers are another team that seems to draw big crowds when they play Florida. This rivalry is newer but continues to grow in intensity.

Ben Hill Griffin Stadium is home to Steve Spurrier-Florida Field, the home of the Florida Gators. The stadium was built in 1930 and has been expanded extensively since then. It was renamed in 1989 in honor of Ben Hill Griffin, Jr. The stadium continues to be one of the biggest attractions in Florida and is one of the biggest when it comes to seating capacity in the United States.

Tailgating parties are a time-honored tradition for Florida fans. The Florida-Georgia game was once referred to as the “World’s Largest Outdoor Cocktail Party” because of the large number of tailgate parties that would occur before the game. This is still a large part of the pre-game culture at Florida games. If you’re interested in a tailgate party, be sure that you get to the game early to find a prime spot. Buying your parking pass online before the game day can be a big help for making this happen. We have more information on this below.

Seating capacity is at just under 90,000. However, just because there are so many seats available within the stadium does not mean that they are always easy to find.

In fact, getting tickets to a Gators game can be tough sometimes, especially when they are going up against a big rival, like those mentioned above.

The easiest way to get tickets to a Florida Gators game is to be a student or a member of the Alumni Association. These are the people that have access to tickets first, and because of their affiliation with the school can get a discount on them. If you don’t fit into either of these categories, you do have other options available. We recommend checking out SeatGeek, StubHub, or another one of the major third-party ticket sellers. They are safe to do business with, verify the authenticity of your tickets, and can even give you access to electronic tickets that can be purchased up to a few minutes before kickoff. If you are looking to go to a game, this is the best way to ensure that you get tickets.

You can even shop around and get tickets exactly where you want to sit. And because so many people use these sites, you can compare prices so that you never spend too much on tickets. There are even coupons and promo codes that you will come across from time to time.

Things to Think About

Although this is a page about Gators football, there are a few non-football related things that you’ll need to think about if you want to get the most out of a game. Parking at Ben Hill Griffin Stadium is one of the big things. Parking can start at about $40 per vehicle but can often be much more expensive, especially if you wait until the last minute to get parking. For example, if you want to get VIP Parking, you’re likely going to spend more than $300.

Buying your parking pass ahead of time is the best way to handle this. That way, you are not restricted to whatever parking is available at the last moment. You can pay the price that you want to pay, rather than what you have to pay to get in to see the game. The same sites that sell game tickets sell parking passes, so check around early in order to make sure that you get the best deal possible on a parking pass.

The same goes for lodging. Hotel rooms can be hard to find and expensive on the day of a big game. However, if you book your room early, you can get the room that you want at a much more agreeable price.

Restaurants, tourist attractions in and around Gainesville, and entertainment will also be busy around games. If there’s something in particular that you are thinking about doing while you’re catching a Gators game, be sure to make reservations well ahead of time to guarantee that you get the experience that you want.

A Florida Gators game is always a lot of fun but taking care of these logistical items ahead of time can make it an even better experience.