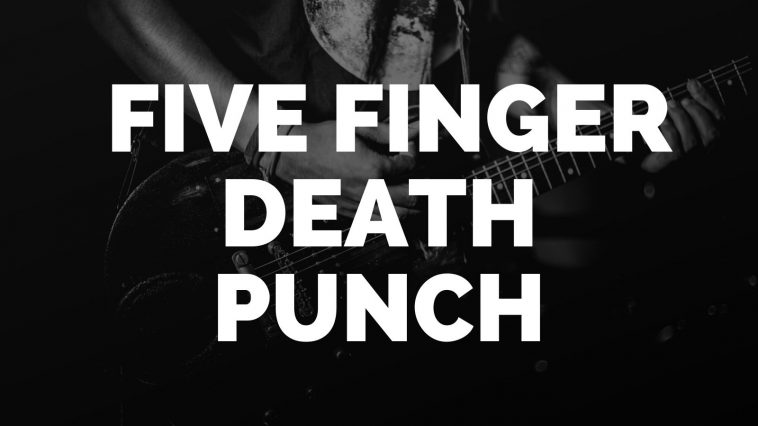 Back in 2005, Five Finger Death Punch became a band out of Las Vegas, NV. Their music focuses on heavy metal, groove metal, and hard rock. Through the years they’ve seen a couple of members come and go, but they remain one of the bigger hard rock bands in existence today. If you are looking for the best seats to a Five Finger Death Punch concert then you’ve come to the right place. In the listings below you will find all kinds of tickets for upcoming events. If you don’t see a venue listed close to you, be sure to hit the load more button so you’re taken to the page that has all of their concert dates. Don’t miss out on an amazing concert near you.

We’ve been looking closely at all the different venues that Five Finger Death Punch is performing at. We have noticed several different things happening depending on the location. The Ball Arena in Denver, Colorado is the first place we will discuss. Unfortunately for those that missed out on tickets, you will most likely need to go to the secondary market to find seats. This is the circumstance you may face when you don’t buy tickets on the presale or on-sale dates.

The next location we will discuss is the Ruoff Music Center in Noblesville, Indiana. This is a much bigger location with a huge lawn to go along with it. The best seats are currently taken at this time, but there are still several seats available. This is where you need to decide if you want to sit in a seat or select a cheaper option on the lawn. Make sure you look closely at the different seats in different sections because prices will drop around $20 if you move back a few rows. This could be where you save the most amount of money when buying these tickets.

Next, we want to discuss the Pavilion at Star Lake. Currently, there is a ton of seats available. This means that the band doesn’t have as big of a following in this area. What you want to do is go section by section and write down the different prices of the different seats. Once you discover the amount you want to spend you can then decipher which section is best for you. We see the pit being around $230, but there are sections in the lower level with seats for around $130.  You have to determine if you want to sit or go in the standing room only in front of the band. This is one band you may want to be up close to take in the experience.

The Amalie Arena in Tampa Florida is a big venue. This is where the Tampa Bay Lightning play their hockey games. Even with 1/4 of the stadium closed off, there are still tons of seats available. Try to avoid the official platinum seats on Ticketmaster if you can. Currently, the pit is at $125. You can find some aisle seats and other standard seats for around $95. This will all depend on whether you want to sit in a floor seat or you want to sit in the lower bowl area. There are also single seats available in the first row of the lower bowl that will be reasonably cost-effective. If you are a single viewer this may be the way to go and still take in a great experience.

There are all kinds of options when selecting seats for different bands. In this case, if Five Finger Death Punch is playing a huge stadium you can expect more times than not for seats to be available. This allows prices to come down as well as offers you some of the better seats. Smaller venues will charge more and will be harder to find seats. Keep looking and keep trying to find the best seats available by going section by section.

Pretty much every album that was created was followed up by a concert tour. In 2007 this was their first major tour. They were fortunate enough to be the supporting act for the well-known band Korn. They were even able to play the main stage at the Download Festival in 2009.

Supporting their album War is the Answer, Five Finger Death Punch decided to go on another US tour. They even continued the tour in Europe finishing off in the United Kingdom. They continue to play at different festivals throughout that year as well. They even supported Godsmack on their 2010 tour.

A lot happened in 2010, with the departure of Matt Snell, but this did not stop them from going on tour in 2012. In 2015 they were supporting their album Got Your Six and co-headlined with the band, Papa Roach. They continued to play other festivals as well.

They also had some tour dates in 2018 with breaking Benjamin. Currently, Five Finger Death Punch is touring the United States with the likes of Megadeth. Keep an eye out for more concert dates to be announced.

With nine albums to their name and counting, there is no wonder why they have such a huge following. They’ve been pretty steady in terms of creating a new album. Since their first release in 2007, The Way of the Fist, it’s been almost every two years since a new album is released. At this time, the latest album is called Afterlife. They are supporting this with a huge tour. This tour will carry around 47 events all over the US. You can also expect some surprise stops along the way.

Other Albums they have produced include War is the Answer, American Capitalist, The Wrong Side of Heaven and the Righteous Side of Hell Vol 1 & Vol 2, Got Your Six, Justice for None, and F8. Each of these albums has been nominated or has been given an award. As long as they keep producing music they will stay very relevant in the metal category.

As for their followers, they currently have around 7 million monthly listeners on Spotify. This is an enormous amount for a band that produces the sound they do. With almost 4 million subscribers on YouTube, you can catch some of their live shows and videos. Head over and be one of their next subscribers. They even have almost 300k followers on Tik Tok and over 1 million followers on Instagram. Their following runs deep and are very loyal.

You now have enough information when it comes to getting the tickets you deserve. Prices for a Five Finger Death Punch concert will vary. If you spend some time digging, you should be able to find reasonably priced tickets. A lot of times it will come down to finding the best seats for Five Finger Death Punch that will determine the price. Please try not to settle for seats far away. This is one show you will want to be in the pit or within the first rows in certain sections. If you have any questions about buying tickets you can reach out to us.