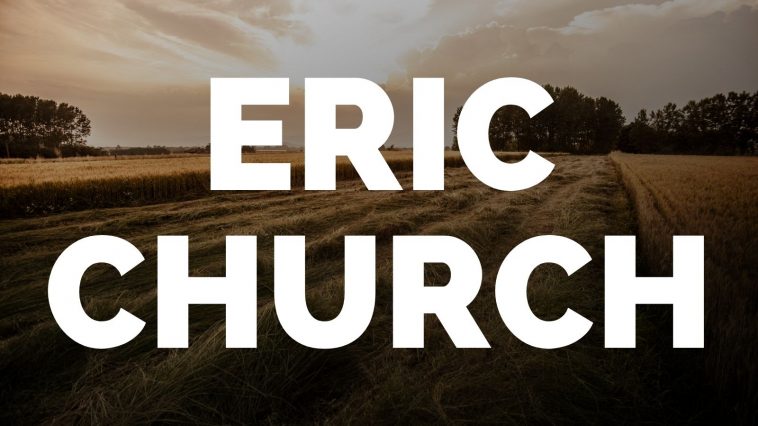 Country singer Eric Church was born in Granite Falls, North Carolina, where, at thirteen, he began writing songs. He has always been a natural performer and found himself performing regular gigs at a local bar while he was still in high school. Even though he received a record deal offer as a teenager, Church turned it down and pursued a college degree in marketing. After graduating, he accepted a deal and released his first album, Sinners Like Me. His early influences drew from old country sounds from the likes of Waylon Jennings. Here is your chance to get the best seats to see Eric Church. Don’t miss out on tickets that are on sale.

Eric Church with Ashley McBryde and The Red Clay Strays Credit One Stadium - Charleston, SC
From $157

Eric Church’s success took off after the release of Carolina in 2009. His song “Love Your Love the Most” was his first significant showing on the charts. Throughout his career, he has continued to tweak and develop his sound into something that remains exceptional within the country genre. He focuses on the dying art of fusing country and rock making for a listening experience that would appeal to even non-country fans. Being the natural performer he is, Church has long been known for impressive live shows.

Eric Church has often been considered a rebel when it comes to performing live. Early on in his career, he was fired as the opening act for Rascal Flatts for playing too long. Church says, “We’ve never been a good opening act.” In an interview with the Rolling Stones he added, “When we go out there, I want to be the act that, no matter who’s in that crowd, they’ve never seen a better act than me. I’m gonna empty the tank.” His angst about being a proper head-bowing opening act for bigger, more well-known artists comes as a blessing for audiences.

In 2017, his Holdin’ My Own Tour was the number one most-attended tour in the world. The tour had sixty-two sold-out shows across North America, each uniquely planned and executed. The band regularly squeezed out at least three dozen songs a show, even if it meant each show lasted well into the following morning. Obviously, the crowds never minded. The tour attracted nearly one million people to come and experience the musical connection delivered by Eric Church. Church continues to tour around North America in arenas and coliseums to large crowds.

Where to Find Tickets

It can be practically guaranteed that Eric Church’s shows will end up sold-out. The best way to make sure you get your tickets before they run out is to look in the listings above. The country-rock artist and band tour frequently, so there are numerous opportunities to experience them live. Eric Church performances are some of the most memorable concert experiences music fans can have.

For such a beloved artist, Eric Church tickets are relatively affordable. To find the best deals on upcoming shows, make sure to check different locations in the venue. Even though he performs in large venues like arenas and coliseums, don’t risk missing out on the best last-minute tickets.

Eric Church maintains a country music sound that seems to be fading from the genre as a whole. His bluesy rock undertones help his albums stand out as enjoyable to a wide variety of music fans, and it makes for thoroughly captivating live performances. He only writes and plays music that he actually wants to write and play. His reputation as a frustrating opening act, as he will surely take over the whole show, is a gift to audiences. Setlists are thoughtfully crafted and often take over three hours from start to finish. Church loves to continually surprise and delight fans. In 2015, he surprised listeners with his fifth album, Mr. Misunderstood, which dropped without any fanfare or promotional ads. The album was nominated for Album of the Year at the 2016 ACM Awards.

There’s a good reason Eric Church concerts are regularly sold-out all over the continent. This is one instance where it’s more than okay to become a bandwagon fan. Church’s soulful song collection and lively stage presence are a spectacle to behold. Even though he and his band regularly tour in large venues, audiences receive an inclusive and intimate musical experience.