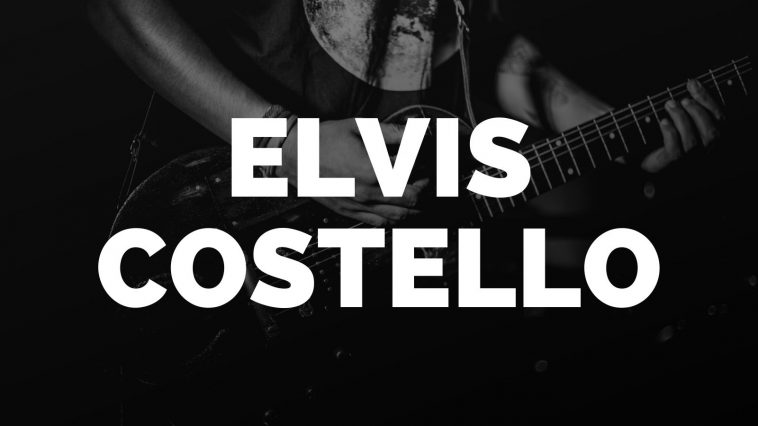 Born Declan Patrick MacManus, Elvis Costello was born in London, England in 1954. He has a memorable solo career but also released a lot of music with his band. Considered one of the great songwriters of all time, Costello is a musical legend. He is extremely influential and continues to be a cultural icon today. This is your chance to buy the best Elvis Costello tickets available. Get the best seats in the building when you look through the listings below.

Costello is the son of Ross McManus who was an Irish trumpeter who played in carabets and bands. Throughout his whole life, Costello was surrounded by music. He started his first band at the age of sixteen. He played multiple genres including folk and punk music. He was signed and he released his first album in 1977. It gained moderate commercial success and was in the top 20s in the UK. However, this success was not immediate and it looked like his albums were going to flop. Many of his singles did not achieve the success his label was expecting.

Costello decided he would create a more permanent band for his live performances. He called it Costello and the Attractions. In late 1977, Costello’s performance on Saturday Night Live brought him surprising fame. He stopped his performance to play one of his songs that criticized the commercialization of airwaves. This performance got him banned from Saturday Night Live for a few years. It also made him popular in America because people saw him as an angry young man. After his success, Costello started experimenting with other genres and releasing music. In 2003, Costello and the Attractions were inducted into the Rock and Roll Hall of Fame. In 2004, Rolling Stone ranked Costello number 80 on their list of the 100 Greatest Artists of All Time.

Throughout his career, Costello has always loved touring. He played many sold-out shows in many different cities in the world. In 1985, Costello appeared at a Live Aid benefit concert in England. After Hurricane Katrina, Costello performed at a series of benefit concerts for victims of the hurricane. He did the series with Allen Toussaint.

You deserve to see your favorite artists no matter where you live. The listings above keep you up to date with all of Costello’s announced show dates no matter where and when they are. You just have to visit and pick the best seat that works for you. Get your cheap tickets today. Concert venues will release discounts the closer the concert date is. Just make sure you constantly visit so you do miss out on any great deals. Do not let the stress of buying tickets become the reason you do not have tickets on the days Costello plays.

As a songwriter, Costello has written some of the catchiest music in the world. His songs always seem magical and perfectly crafted. Costello also has a great unique voice that fits perfectly with his sarcastic and witty lyrics. His songs talk about many different themes. Some of them are critical of social issues and some of them are personal about love and breakups. Even though his themes can be very different, Costello’s signature sound never seems out of place.

Watching Costello play is a joy for anyone. He has this ability to charm any audience and make them forget the world outside. You will enjoy his music together with him and his band. When you watch him play, you will realize he is a wonderful musician who can make his instruments sing. He has been playing his songs for decades and is great at bringing a unique life to them.

As one of the music legends, Costello has proven time and time again that he deserves his status as a culture and music icon. His seats are filled with his fans and many of his fans are part of different generations. This is the best time to buy Elvis Costello tickets. You have a chance to get some of the best seats and really take in an amazing experience.