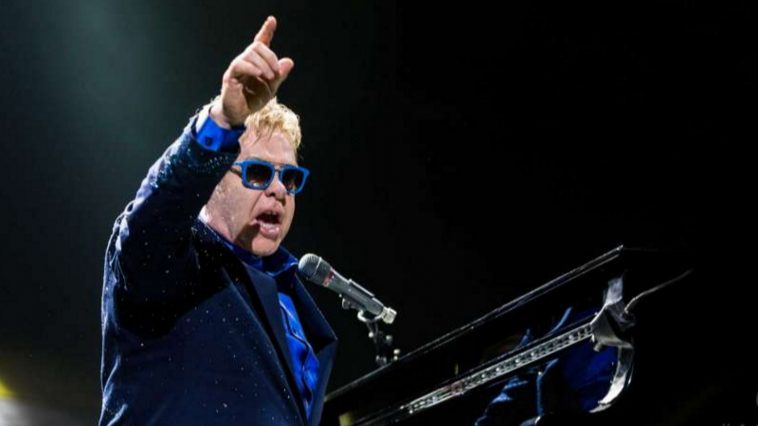 On January 24, 2018, Elton John announced he is retiring from concert touring with a huge Farewell Tour.

Age 70, Sir Elton John said during an event at “Gotham Hall” in New York that his priority is his family and spending more time with his two sons  – Zachary, who is 7 years old and Elijah, who is 5 years old and with husband David Furnish.

Stating that he wants “to go out with a bang”, the iconic singer streamed his announcement exclusively on YouTube in VR180, with simultaneous transmissions to venues in Los Angeles and London.

Tickets to the first 60 shows have been sold within hours, which means he could make $400 million from his tour venue.

“The Farewell Yellow Brick Road Tour” which spans over 3 years, will travel on 5 continents and will include more than 300 dates. The tour will start on the 8th of September in the US, with a performance at the PPL Center in Allentown, PA., will make stops in Europe starting April 2019, move to Asia in November 2019 and then in Australasia in December 2019 and beginning of 2020.

Elton John’s road tour will arrive in South America in March 2020 and will finish in Europe at the end of the same year.

Tickets are out there if you look close enough. Check out some of our favorite sites.

After the announcement about the farewell tour, Elton John reassured his fans that he is retiring only from touring and not from writing and recording music, which he hopes will continue to do until the end of his life.

Fans who will attend one of his live shows will have the privilege to see the charismatic singer once again at his best, performing upbeat songs like “Crocodile Rock” and unforgettable ballads such as “Rocket Man”.

Elton John has built an extravagant public image over the years, but this image has not diminished by any means of his musical talent. With a vivid string arrangements and a powerful piano, the 50 years career of Elton John is impressive: 38 gold records, 31 platinum, and multi-platinum albums, an Oscar, several Grammy Awards, 300 million records sold all over the world, more than 50 songs that made it to “Top 40”, more than 4,000 performances in 80 countries since 1970, 64 performances at “Madison Square Garden” (a record), induction in the “Rock and Roll Hall of Fame” in 1994, knighting by Queen Elizabeth in 1998.

Born Reginald Kenneth Dwight on 25th of March 1947, in Pinner, Middlesex, England, he discovered his passion for music at an early age. After teaching himself how to play the piano when he was only 4 years old, Elton John won a scholarship at the “Royal Academy of Music in London” at the age of 11.

When he was 17, Elton John left school and entered show business. The long journey that took Elton John from a young man full of dreams to a star that filled arenas and stadiums in the mid-’70s would not have been possible without Bernie Taupin.

Elton John and the musician Bernie Taupin started to write songs for other artists in the late ‘60s. They also wrote Elton John’s self-titled album, from which “Your Song”, released in 1970, became a hit. From that point on, Elton John’s career took off, with memorable hits such as “Tiny Dancer,” “Benny and the Jets” and “Philadelphia Freedom.”

At the beginning of the ‘90s, Elton John has revealed the costs of his extravagant life: depression, drug abuse, and bulimia. He also admitted that he had to struggle in order to regain control over his life. A struggle that has taken him back into the “light” in both his personal and professional life. In 1992, he founded the “Elton John AIDS Foundation” and won the “Best Male Pop Vocal Performance” Grammy Award for the “Lion King” song, “Can You Feel the Love Tonight.”

His tribute to Princess Diana – “Candle in the Wind”, re-released in 1997 was the fastest-selling single in the history of the U.S. and U.K.

With “The Farewell Yellow Brick Road Tour”, Elton John promises to deliver a last high-class live tour performance, bringing on stage his entire 50 years of experience and charisma, all put in the service of music.

See below the full list of dates and venues for his tour in North America. See our comparison of StubHub vs. Seatgeek to see where you should get tickets.