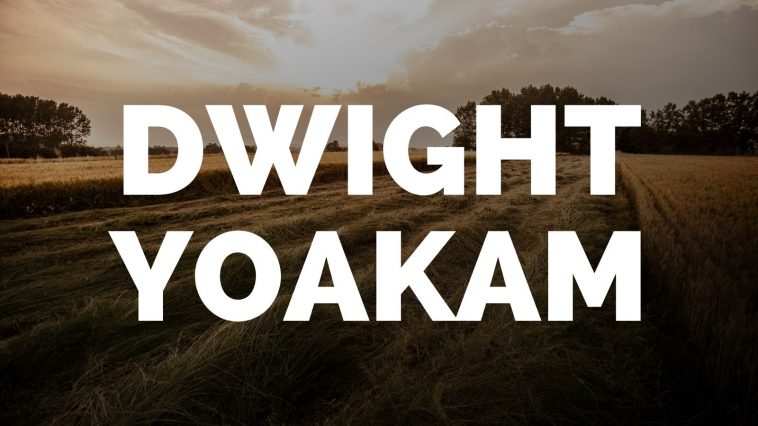 Dwight Yoakam, a singer-songwriter, musician, actor, and self-proclaimed honky tonk man, was born in Pikeville, Kentucky during the year 1956. His father was a gas station owner and his mother was a keypunch operator. The family moved to Columbus, Ohio, where Yoakam spent most of his childhood. Yoakam spent time as a kid playing guitar and singing in local bands. After graduating high school he briefly attended The Ohio State University, before dropping out to move to California and pursue his dream of becoming a country star. This is your chance to get the best seats at a Dwight Yoakam concert. Tickets to his shows are right below.

At the time Nashville and the country music establishment were gripped by the so-called ‘urban cowboy’ style of country music. Yoakam did not fit the mold, and so he had to forge his own path. Out in California, he played at rock and punk clubs, developing the style he dubbed hillbilly music. Playing alongside various acts he developed an audience and style which spanned genres. He is especially known for reconnecting rock and roll and country music, which had grown distant during the seventies.

In 1986 Yoakam made his break with the self-financed EP Guitars, Cadillacs, Etc., Etc. The video to the album’s hit single “Honky Tonk Man” was the first country video ever featured on MTV. Yoakam has been successfully releasing original music since. Along with his musical career, Yoakam has starred in several Hollywood feature films and has produced the soundtracks for others, including South of Heaven, and West of Hell starring Vince Vaughn and Bridget Fonda.

Dwight Yoakam presents himself simply on stage. His look has not changed since releasing “Honky Tonk Man”; donning a cowboy hat and boots, Yoakam performs with his blonde acoustic guitar. An electric guitar adds poignant phrasing to the end of Yoakam’s sultry lines. During his shows, Yoakam does a wonderful job varying speeds. Some songs are meant to induce bluesy contemplation and others force the crowd to get up and shimmy. Other songs incorporate soaring electric guitar solos which reflect his incubation in the rock and roll joints of LA. A go-to move of Yoakam’s is to turn his back to the crowd and shake his behind while strumming between verses. During his earlier years, this certainly caught the attention of his young female fans and still gets a reaction today. He also incorporates his loyal fan base into the act, at points cueing them to sing parts of the chorus in popular songs like “Streets of Bakersfield”.

Dwight Yoakam — as told in the song “Readin’, Rightin’, Route 23” — took Route 23 out of Kentucky and never turned back. He tours across the U.S. Yoakam has also made it globally, he has played country music festivals across the pond in the U.K. Yoakam performed with a variety of different acts throughout his career including the punk group Hüsker Dü, as well as other country stars like Buck Owens, Lucinda Williams, and Steve Earle. To purchase tickets to a Dwight Yoakam concert, you’ve come to the right place. The offers above are the best deals on live events so you can make it to see your favorite artists.

Yoakam has been highly regarded by critics and other musicians alike throughout his career. Johnny Cash has gone on record saying Yoakam is his favorite country singer. Others, like Chris Isaak, have praised Yoakam’s songwriting skills as well. Yoakam has always acknowledged the music he likes by covering his favorite tracks, ranging from Elvis Presley to Queen’s “Crazy Little Thing Called Love”. Yoakam also performed background vocals on Warren Zevon’s final album The Wind, which was produced after Zevon was diagnosed with terminal cancer in 2003. In age Yoakam has not slowed down and his later recordings, like the 2012 album 3 Pears, have been met with critical acclaim. 3 Pears topped the American Radio charts upon release.

If you wish to throw yourself into the swinging rhythm of a Dwight Yoakam concert, do not hesitate. Find great deals for all sorts of shows, including those of one-of-a-kind hillbilly, Dwight Yoakam. The best seats are still available some make it happen.