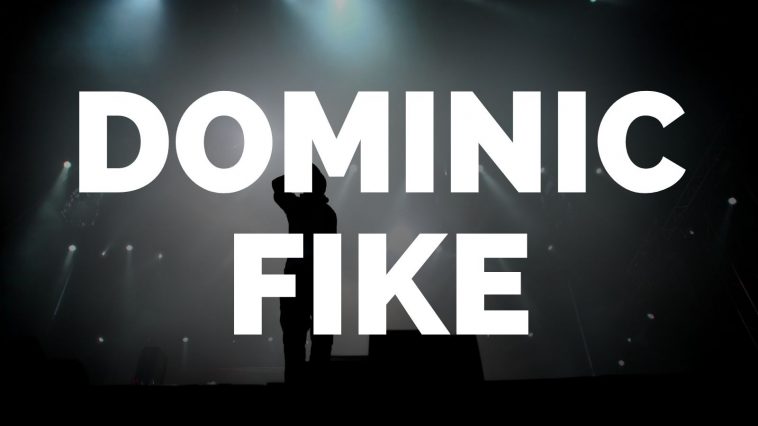 Dominic Fike came out of nowhere back in 2017 as a hip-hop musician and hasn’t looked back. Discovering sound and music has changed so much over the past 20 years and Dominic is one of those performers that benefitted from it. We are going to go over where you should sit at a Dominic Fike concert, some history of how we got here, and some music statistics that may be interesting to know. Firstly, we want to share some of the best seats available. You will see listings of all his shows coming up. If you don’t see the show near you be sure to hit the load more button to get the full list.

We will start by trying to find the best seats for the Dominic Fike show. Since he still is not as mainstream as some performers, we will be looking at a lot of general admission shows. If you were late to get tickets during the presale dates, you will most likely have to head over to SeatGeek or other sites to find tickets.

The Roseland Theater, Commodore Ballroom, and the Ogden Theatre are just a few locations where he is performing. These venues are considered small venues in the world of music. This also means these are the places you want to see shows where the performers are about to launch into stardom.

On the other hand, we did find several locations that do have seats. The majority have a standing-room-only area with seats surrounding it. The location with the most seats is the Tabernacle in Atlanta, GA. As we are looking at it right now you are up against an over brokered venue. The best seats are either official platinum, which we discuss in our truth about buying tickets, or verified resale. This means most people who bought are only buying so they can sell.

It is critical to get to the presales and on sales when you can. Not only that, you need to have the performer or venue codes. This will unlock the seats when they become available.

We don’t know what the original prices were for general admission, but we can assume around $50-$60. General admission is currently running over $100 a ticket at this time. When you have general admission tickets, more than likely the promoter will release more tickets. This is why you need to follow the venue near you and check it daily. If you see tickets get released, you should jump on them quickly.

On the other hand, if there are still seats on resale still available like the Tabernacle, you should wait as the event date gets closer. There are plenty of seats for resale right now. Check-in each day or weekly and see if the amount of tickets goes down. If you don’t see a real drop, keep waiting. You will see brokers and others drop their prices drastically. In fact, you may see prices drop below the original face value ticket.

If spending an extra $50 on a Dominic Fike ticket isn’t a big deal then purchase when ready and feel good about it.

If locations have mezzanine levels or balconies look for the first row and then see if the price drops on the second row. We want you to have a great experience so if you can get a front-row ticket further back, then go for it.

How We Got Here?

Coming from Naples, Florida, Dominic got off to a fast start in 2017. He was only around 21 when he put out some hits on SoundCloud and other streaming media services. He even became a headliner for the Fortnite concert series in 2020.

Being a big fan of the Red Hot Chili Peppers and Blick-182 allowed him to really find his voice. He even covers the Paul McCartney track “The Kiss of Venus”.

He started to make his way up the charts with his release of Don’t Forget About Me. The following year up until today he has uploaded numerous hits to YouTube. He was even featured in a song by Justin Bieber. This was another boost to his career. As he continued to grow in the performance world he even gained a role on the HBO show Euphoria.

Where he goes from here is anybody’s guess. As long as he keeps getting opportunities you can expect him to keep growing and performing on big stages and venues.

Digging into Some Statistics

We spoke about Dominic’s rise to stardom and how he got here, but there is more to it than that. We want to go over some of the discography and social media stats that people see or may want to know.

He currently has a dozen singles that have made their way on some kind of music chart. His most recent hit Elliot’s Song with Zendaya made it to number 6 on the US charts.

Currently, with just one studio album, Dominic plans to make more albums in the future. What Could Possibly Go Wrong, peaked on the charts at number 4. This is a huge accolade for such a young singer.

As for his statistics on Spotify, it is quite astonishing the number of monthly listeners. He stands at around 11 million listeners each month and this will go up significantly when the tour is in full swing. His song 3 Nights has almost 800 million plays.

YouTube is another big source when it comes to a following. You can see his YouTube channel here. Running it up to over 400k subscribers, Dominic will continue to put out music videos for his audience.

In terms of his social media on Instagram and TikTok, he is showing almost 3.5 million Instagram followers and 450k followers on TikTok. Again, these numbers will most likely rise during his first real tour.

We threw a lot of stats at you about Dominic Fike. We think you know where this is heading. With performances at mainly small venues, the next tour will most certainly boost to bigger spots. We can also expect him to show up at some of the bigger festivals as well.

Time for a Dominic Fike Show

With the information provided you should have enough to make a decision on whether to go to a live concert. There aren’t many tickets still available. The best seats for a Dominic Fike show went fast and were bought up by fans and brokers. There are seats available at almost double the cost. You’ll have to make the decision on whether you want to spend that much or wait for the next go around. Being that most shows are heavily general admission we feel like prices will drop on tickets so if you can be patient we suggest you do so. If you have any questions about buying tickets you can always reach out to us.