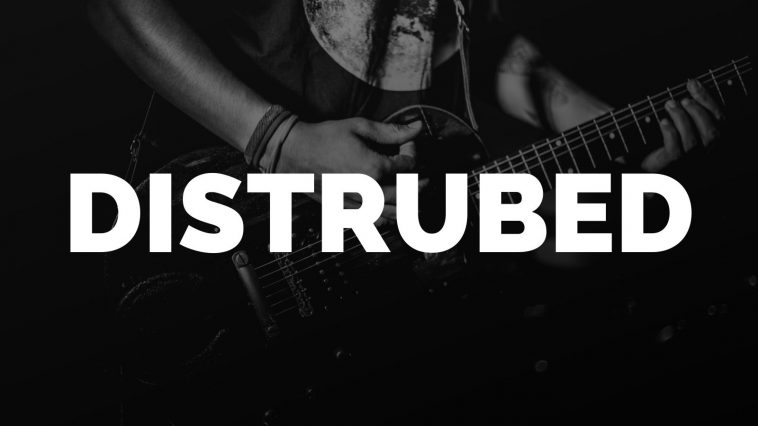 There aren’t many bands who are as heavy and yet as commercially successful as Disturbed. Their music is saturated in rage and distortion, yet somehow melodic and–as is often the case–radio friendly. The band has been tagged with various labels, including heavy metal, hard rock, nu metal, and alternative metal. What fans can agree on is that Disturbed songs share an intensity that is rarely matched in a lot of modern music. This is your chance to get the best seats for a Disturbed concert. We show you some of the best tickets just below. Make sure you act on these.

Formed in Chicago in the late 90s, Disturbed really took off in 2000 with their album Sickness. The album contained the single “Down With the Sickness,” which set them on a course for stardom and the song remains a crowd pleaser to this day. Subsequent albums followed, often landing them at the top of the charts. Along with several multi-platinum albums, the band has been nominated for two Grammys and has scored quite a few chart-topping hits since their inception. Their fans are devoted and have been growing with each new release.

Disturbed tickets are some of the most coveted in modern rock music. Fans have been flocking to their shows for years and show no signs of letting up. Finding cheap or last-minute Disturbed tickets can be tricky, which is why this is a great place to start your search. If you want to ensure that you get to see one of the best hard rock bands of the modern era, check above.

Ever since they released their first album, the band has consistently played to adoring crowds at festivals like Ozzfest and Wisconsin’s Rock Fest, where they have headlined bills alongside such rock luminaries as Godsmack and Incubus. They’ve also graced the stage of famed venues such as Madison Square Garden and the Red Rocks Amphitheatre, even released a live LP from their Red Rocks show that proves just how ferocious their performances can be.

What keeps people coming back to the band is their intensity. Fans often leave Disturbed concerts feeling like they’ve gone through a cathartic experience. Disturbed lead singer David Draiman’s onstage presence and the band’s overall ferociousness grab hold of the crowd and never let go. Add to that an impressive display of pyrotechnics and towers of flames, and you’ve got a show to remember. With a number of popular songs spanning the past few decades, it’s no wonder why people keep coming back to see Disturbed on tour.

The band finally hit the brakes when the many years of recording and touring finally began to take their toll. But after taking a multi-year hiatus from 2011 to 2015, the band returned even stronger with the release of their album Immortalized. The album proved that absence only made their fans more devoted, as it hit the number one slot on the Billboard 200. The following tour was one of the most successful of their career.

The band even has its own mascot which has graced the cover of many albums and been featured in multiple music videos. The Disturbed mascot came about from a simple sketch of a face but was later fleshed out by the artist David Finch. Now you can find “The Guy,” as he’s known, on t-shirts and other Disturbed tour merchandise.

The intensity of a Disturbed live performance can only be matched by the camaraderie and utter devotion of their crowds. If you are looking to see the band at their peak, then you’ll want to check here for the best tickets available. You don’t want to miss out on some of the best seats at a Disturbed show. VIP access is something you can make happen.