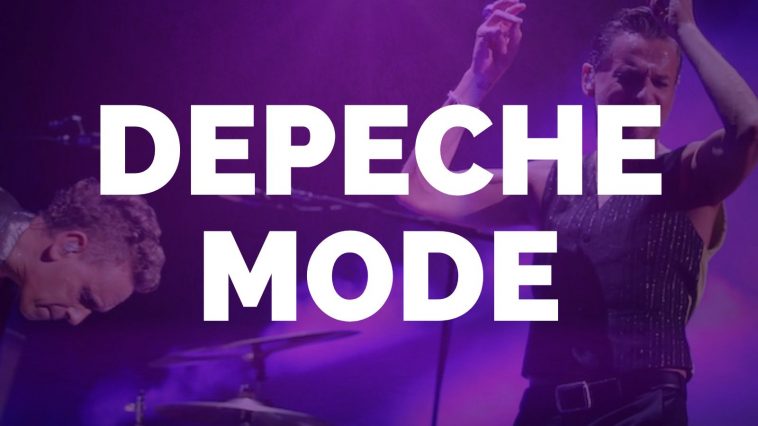 40 years in the making, Depeche Mode is still killing it live and could be in a venue near you. Yes, Depeche Mode is ready to take on large arenas around the world. Starting in the USA, and continuing on to the Netherlands, Sweden, Germany, Slovakia, France, Ireland, Denmark, and others. Depeche Mode continues to bring in the crowds. We will discuss some of the best places to sit at a Depeche Mode concert, some history about the band, statistics that may surprise you, and other things to help you get to the show.

Listed below are tickets to the upcoming shows in the United States. You may have to access Ticketmaster directly if you want to see them in Europe. If you don’t see the venue near you or the date you want to see them, the load more button will help you find other seats.

Best Place to Sit at a Depeche Mode Concert

We are going to make the KIA Forum our example for this. They are playing similar arenas such as the Golden 1 Center, T-Mobile Arena, AT&T Center, and Scotiabank Arena. The Kia Forum is one spot most big-time musicians have stopped by at some point.

We’ll discuss areas in the arena that you should definitely consider and others you shouldn’t. Finding the best seats for a Depeche Mode concert will come down to luck, timing, and budget. If you missed the presale or on-sale date, you’ll most likely be dealing with the secondary market. Sites like Vivid Seats will have plenty of seats to choose from. The only catch is they will be more than if you bought them on the original presale date.

Any floor seat inside The Forum is where you want to be. If price isn’t a big thing, think about sections C and H. These two will more than likely carry a heavy price tag. These seats will also give you stage center seats.

There isn’t a pit or standing room inside The Forum. If you look for seats in the F or K sections you will see a big price drop. If prices are still strong, then look for sections 1 and 2. These will be further back but in the center. We suggest you actually get some height and look for the first 10 rows in sections 101, 102, and 103. You can also look for the best seats in 134, 135, and 136.

We suggest you avoid the deep 200-level seats. We think if you can go deep into the other 100-level seats you’ll have a good vantage point. Try to avoid sections behind the stage. They may look back at you once in a while, but you will be kind of out of the show. In fact, you won’t have the full sound system leaning in your direction. The music may sound delayed or muffled.

Floor seats are the best seats at a Depeche Mode concert. Try to act now so you can get the seats that will give you the best experience.

Let’s Get Into Some History

The beautiful thing about music is that bands can come from anywhere in the world. Depeche Mode came from the UK and went on to travel the world through their storied career. Founding members David Gahan, Martin Gore, and Andy Fletcher have been long-standing members with a lot of other people who came and went along the way.

You can go all the way back to 1977 when looking at the musical past. However, it was their debut album in 1981, Speak & Spell that launched their success. They went on to make several albums through the years along with many amazing tours to support those albums.

Some of their biggest hits include People Are People, Master and Servant, Enjoy the Silence, Personal Jesus, Stripped, World in My Eyes, Just Can’t Get Enough and Policy of Truth. With so many great hits it was easy for Depeche Mode to fill up venues around the world.

Music videos were another big hit for Depeche Mode. They created a couple of dozen videos that were originally slated for MTV and VH1, and can now be seen all over YouTube. We’ll discuss that shortly.

Some of the greatest acts were inspired by Depeche Mode in finding their sound. Acts such as The Smashing Pumpkins, Muse, Rammstein, Arcade Fire, The Killers, and many more had a lot of influence from Depeche Mode.

With over 15 studio albums and almost 20 tours, Depeche Mode is one act you should try to see live while you still can. They are getting older, but they still have some great music to bring to the people.

Statistics About the Band

In terms of statistics, there are a lot of numbers that we can throw at you. We mentioned all of the albums and tours they’ve been on so now we will discuss their social following. A lot has changed when it comes to listening to bands these days. It’s way easier to listen without actually having to buy a record, tape, or CD.

According to Spotify at the time of writing this, they have around 11 million listeners each month. This is a lot of people still rocking to a band that has been at it for 40 years. Some of the biggest hits on Spotify include Enjoy the Silence, Just Can’t Get Enough and Personal Jesus.

On YouTube, you can watch scores of videos that date back almost 20 years. It’s pretty wild to think about how they have videos from so long ago that are still getting views. Some of the videos are official music videos for their songs, while others are a look backstage and other moments. It’s pretty neat especially if you are an old-school fan. They have 2.3 million subscribers and this number will continue to grow as their tour really kicks in. You can see their channel here.

Other social media outlets such as TikTok and Twitter have plenty of followers as well. It seems like the youth has fallen for Depeche Mode just as well.

Make Your Way Out to a Show

Here is your chance to catch one of the best acts this year. There are only so many more touring events you can expect from Depeche Mode. As they get older, you would think fewer shows will be shared with their fans. Make a strong effort to get the best seats for a Depeche Mode concert. You will be glad you did when you show up at any of the venues they will be playing. Be sure to track certain sections and the best tickets will be in your hands sooner than you think.