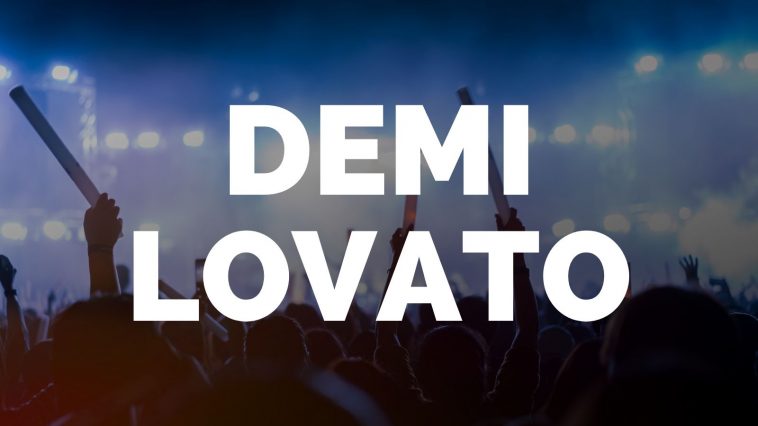 Born as Demetria Devonne Lovato, Demi Lovato is originally from Albuquerque, New Mexico, and was born in 1992. She started her career as a singer and actress. Lovato’s music has gone through many shifts throughout her career. She has always been a fan of releasing pop music though and she has many memorable singles. Lovato’s songwriting has been exciting to watch as it has become more mature as she has grown older. This has helped her create a large and dedicated fanbase. This is the best time to buy Demi Lovato tickets for a concert near you. Don’t miss out on a chance to get some of the best seats in the venue.

There were no events found for Demi Lovato.

Lovato was mostly raised in Dallas. She began playing piano at the age of 7 and started learning the guitar at 10. Her first experience with acting was on the popular childhood television show Barney and Friends. In 2006, Lovato appeared on Prison Break too. Her first opportunity with music happened with Camp Rock. Lovato auditioned for Camp Rock in 2007 and got the main lead role. She performed a bunch of songs in the movie and some of them were with the Jonas Brothers. The film premiered in 2008 to 8.9 million viewers while the soundtrack debuted at number 3 on the Billboard charts.

Her first album was released in 2008. The album was met with positive reviews and sold extremely well. It debuted at number 2 on the Billboard charts and sold 89,000 copies in its first week. It was certified gold by the RIAA after selling over 500,000 copies. In 2011, Lovato released her third album which experimented with R&B and departed from her previous pop-focused music. She has found success ever since the beginning of her career. Lovato’s first 6 albums have all debuted in the top 5 of the Billboard 200. She has won many different awards. These accolades include an MTV Video Music Award, 13 Teen Choice Awards, five People’s Choice Awards, an ALMA Award, and a Latin American Music Award. She is respected in the music scene and Lovato has been a judge for X Factor in the USA more than once.

Since she started as a Disney performer, Lovato has always had a close relationship with the Jonas Brothers. She has toured with each member multiple times. Lovato also performed with Avril Lavigne and Enrique Iglesias. Her headlined tours are always huge hits and thousands of fans show up to watch her sing. Her tour in 2017 brought her all around the United States and Europe. Many of her show sold out.

Finding The Best Seats and Tickets

If you and your friends are looking for tickets to see her, the listings above will make sure this can happen. That way you know you are getting the best seats possible. If you need cheaper tickets, you can always choose to visit later. Many venues like to release better deals in the future right before concert dates. Just make sure you visit often because Lovato is going to have a lot of other fans who are likely waiting for those tickets.

Out of all the Disney stars, most people agree that Lovato has the best natural singing voice of them. Her voice is clear and can hit notes in a powerful and emotional way. She is also very flexible. She can sing infectious pop, slow ballads, and funky R&B tunes all during one release.

At her concerts, everyone will realize that Lovato’s music is meant to be listened to live. At live performances, you can dance to her music and fall in love with her ballads. She wells up tons of emotions because of her stage presence.

Go Get Your Tickets

Now is your chance to get the best seats at a Demi Lovato concert. There are plenty of sections to choose from but we highly recommend you pick the seats that are closest to the stage even if you have to spend some extra money.