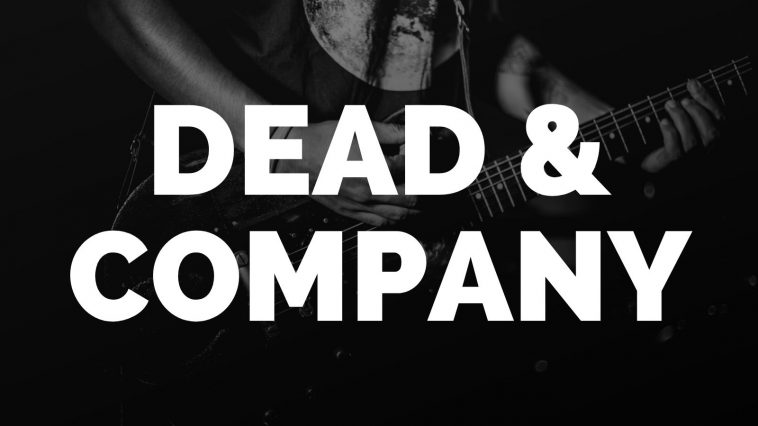 Dead & Company is a successful collaboration that came together in 2015. They are composed of several successful artists, including members of the Grateful Dead, Fare Thee Well, RatDog, the Allman Brothers, and John Mayer. All of the musicians that make up Dead & Company were successful prior to the band’s formation, so their group was inevitably a smashing hit for fans. Get the best seats for a Dead & Company concert by using the listings below. You don’t want to miss the next show near you.

The current band members include Mickey Hart, Bill Kreutzmann, Bob Weir, John Mayer, Oteil Burbridge, and Jeff Chimenti. Together, they form a rockin’ modern-day combo of favorite sounds of the past and play frequently sold-out tours. Dead & Company’s Summer Tour 2018 has been ranked as one of the Top 25 Worldwide tours of the time, and their fanbase following continues to rise in excitement as the band prepares for their Summer Tour 2019.

Dead & Company has a listening rate of 103,292 plays per month on Spotify®, and most of their fan base comes from Chicago and New York City. Some notable hit singles by Dead & Company include live recordings of: “Brown-Eyed Woman”, “Althea”, “Playin’ in the Band”, “Cold Rain and Snow”, “Ramble on Rose”, and “Tennessee Jed”.

If you enjoy Dead & Company’s style, be sure to check out the following similarly talented artists: Jerry Garcia, Bob Weir, Merl Saunders, Trey Anastasio, Circles Around the Sun, Widespread Panic, and The String Cheese Incident.

What is Special about Dead & Company?

Dead & Company came together to keep quality music production going strong. The collaboration of the musicians has enabled them to work and grow as artists in the modern day and to continue their legacy for their extensive fanbase. Dead & Company hasn’t lost their minty, funky style from the ’60s: they are still all about tye-dye shirts and funky guitar bends. They frequently record and perform renewed song covers, and are on a roll with delivering fantastically memorable summer tours.

Dead & Company played a memorable show at the Dodger Stadium in Los Angeles, CA in 2018. They lit up the stage on a hot, July day, and the crowd was soothed with the smooth jams of exemplary funk as Dead & Company did what they do best. The musicians are incredibly relaxed and work to deliver the best quality sound to their fans. A lot of their recordings posted on Spotify have been captured during a live performance, so their live sound does not vary in comparison to their recorded sound.

Dead & Company had also set up Shakedown Street near their performance venue. “Shakedown Street” is an original song played by the Grateful Dead, but now, it’s also the name of an area where all true Dead-Heads can buy Grateful Dead T-Shirts, and autographed items, crystals, and other fun sales brought to you by the band members themselves. See Dead & Company live today to experience rock trends from the ’60s blended with sounds inspired by the modern day. Dead & Company has sold out for their past Summer Tour in 2018, so be sure to snag a few secure seats for their upcoming Tour.

How to Buy Tickets to Dead & Company

Dead & Company is here to tear up their next tour! This is the best time to buy Dead & Company tickets. If you were to get some of the better seats in the venue you are looking at a bigger price tag. However, at the end of the day it will be worth it to see them with some great seats.