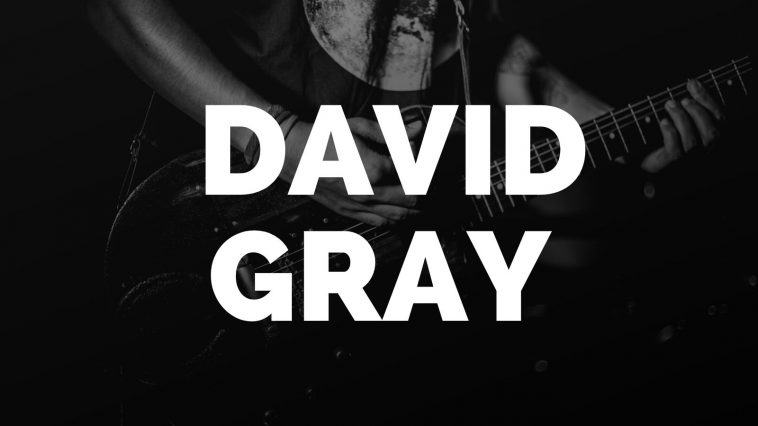 Hailing from Sale, England, David Gray was born in 1968. He is one of England’s most famous singer-songwriters and is also one of the bestselling musicians to come out of the country. His pop-rock tunes have stolen the hearts of many fans all over the world. Initially, Gray was known for his acoustic songs but his later transition into electronic music helped him reach worldwide acclaim. This is your chance to get the best seats for a David Gray concert. Act now on the best tickets so you don’t miss out.

There were no events found for David Gray.

Gray always had an artistic mind as he was growing up. He attended two art schools for university. His first album release was issued in 1993 and his name circled around the folk-rock music scene. However, he failed to garner any commercial success. It was not before Gray’s fourth studio album that he would become the worldwide sensation that he is today.

White Ladder, his fourth studio album that was released in 1998, helped Gray break into commercial success. At first, the album did not do well commercially and it seemed that Gray was always doomed to be a critically successful musician but not a commercially successful one. He rarely got radio play and people were not buying his albums. However, in the year 2000, the album was re-released by a larger record label, and the album began its slow ascension to the reputation it has now. It seemed every year it did better and would remain in the UK album charts for three years. White Ladder is now the fifth bestselling album of the 2000s decade in the UK.

Gray has toured all over the world including five continents. His music has seeped into international popularity and he is one of the most popular musicians to go and see. He has played tours with bands like Radiohead and the Dave Matthews Band. His tours continually sell out because he has enamored tons of fans.

If you want to see David Gray perform, look no further because the listings above should have what you need. It can be hard to catch Gray’s performances because he is always doing international tours. However, he tours often so you will be able to make it out to a show when in town. When Gray’s performance dates approach, there are usually ticket bundles that you can buy for cheaper.

Gray is best known for his signature folktronica sound that incorporates pop-rock roots. His music is genuine because he sings about melancholic themes. His mellow and gentle voice seems to float on top of his music. He understands how to combine his great acoustic guitar strumming with computer-generated music. His music is usually wistful but he sings about many different themes that are relatable to his fans.

He is a talented piano player and guitar player. You can only really understand his acoustic guitar technique when you see him. He puts a lot of emotions in his live performances and his songs seem to breathe a new life when you see him play. His voice is even more perfect in real life and makes any listener emotional.

Venus in Furs is a fictional band that Gray was a part of. The band has many different music legends and he showed that he belonged with all of them.

To start his career slowly, Gray has shown tenacity and dedication to music. He continually reinvents his sound while respecting his roots. It is not early to say that he is already viewed as a musical legend and his name will be remembered forever.

As he shows no signs of slowing down, his talent has continually reached new ears. His concerts demand attendance and there are so many people around the world who are excited to watch him play. This is the best time to buy David Gray tickets. Don’t miss out on some of the best seats in a venue near you.