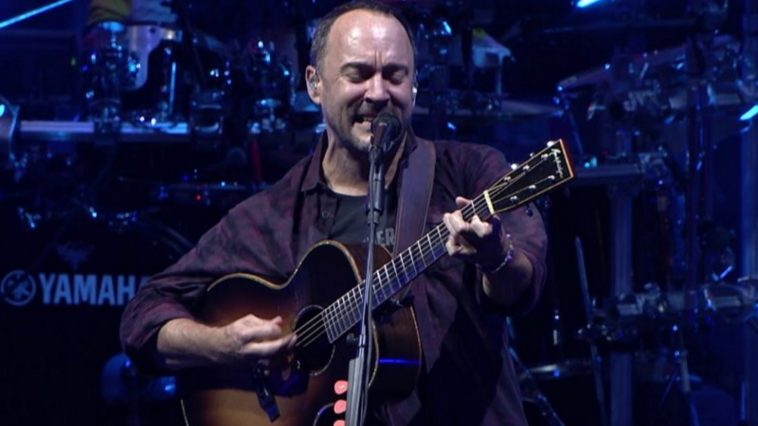 Dave Matthews Band will hit the road this summer with a tour all across America. Performed in support of their 2018 album “Come Tomorrow”, the tour kicks off 30th of April in Pensacola, Florida, and wraps up on the 22nd of September with the band’s attendance at the “Sea.Hear.Now Festival” from Asbury Park. The tour features stops in locations like Nashville, Dallas, Cincinnati, Tampa, with several night performances in venues such as West Palm Beach, Florida, and Gorge Amphitheatre, Washington (“Labor Day Weekend”).

Dave Matthews Band will attend also the 50th anniversary of the “New Orleans Jazz and Heritage”.

For each ticket bought you can receive an unreleased live recording from tour the band has performed in 2018.

“Come Tomorrow” is the band’s ninth studio album and had already recorded performance without precedent: it made Dave Matthews Band the only band with seven studio albums to debut at #1 in the “Billboard 200”. According to lead singer Dave Matthews, this is an album about hope, love of the future, lust, planet, and family.

The track that gives the title of the album is a duet with the vocalist Brandi Carlile and sends out an optimistic message, despite the unpredictability of the times we live in. The lyrics “Let the children lead the way” inspires hope for the coming generations, in an “everything will be OK” style. “Samurai Cop (Oh Joy Begin)”, the opening track of the album, featuring some U2 live arena-inspired vibes, is an opportunity for both devoted fans and first-time listeners to share the joy brought by the band’s music. The ending track on the other side is a display of what Dave Matthews can do with his voice and a piano: the soft whimper of an ended love affair stays with the listener even after the addition of “When I’m Weary” is done, thanks to its bittersweet flavor.

“Come On Come On” reminds the listeners why Carter Beauford’s drumming is extraordinary, while “That Girl Is You” is a new proof that Matthews’ voice has also an abrasive, raw and loud side. “Can’t Stop” – a song used by the band in the past years in their live tours – brings to the front the theme of lust and obsession, thanks in part also to Moore’s contribution to the track. In “Do You Remember” we are offered a sample of the band’s South African influences, while “Here On Out” sticks with us thanks to the Disney-like string and horns accompaniment and “Virginia in the Rain” softly contemplates the signs of time passing.

All in all, “Come Tomorrow” is an album with everything: surprise and emotion, positive messages for tomorrow and despair for lost love, blasting drumming and exotic rhythms and, most important, with the unique musical imprint that Dave Matthews Band features in each of their albums. If you want to experience live the tracks of this album, alongside other Dave Matthews Band classics, get your tickets from one of the better sites.

Dave Matthews Band was formed at the beginning of the ‘90s in Charlottesville, Virginia, by the South African soloist/guitarist Dave Matthews. The group included several musicians from Virginia: saxophonist Leroi Moore, drummer Carter Beauford, bassist Stefan Lessard, keyboardist Peter Griesar and violinist Boyd Tinsley. They began to build a fan base with their unique mixture of influences: a pop version of “Grateful Dead” with funk, jazz and Sting and Paul Simon appeal for lyrics filled with symbols. By performing live throughout the country, without missing the college campuses, their music began to be popular with more and more people.

In 1993, despite Peter Griesar leaving the band, they released the independent album “Remember Two Things”. After the EP “Recently”, the group released the same year – 1994 – their debut album under a recording company contract. “Under the Table and Dreaming” brought the band’s first hit single – “What Would You Say”. Sold in more than one million copies, the 1995 track marked the beginning of a highly successful career for the band. In less than two years, “Under the Table and Dreaming” has sold in more than 4 million copies in the U.S., with the tracks “Satellite” and “Ants Marching” propelling the band towards more popularity. The album “Crash”, released in 1996 debuted at #2 in the charts and won platinum certification. The supporting tour provided several hit singles, including “Crash into Me” which was nominated to “Grammy Awards”.

In 1997, the band was the author and promoter on an initiative without precedent: their fight against the stores that sold semi-legal discs containing live performances resulted in placing under arrest of almost all these companies. The band continued their effort in this direction by releasing in 1997 a live double-disc album called “Live at Red Rocks 8.15.95”. It debuted at #3 in the charts and sold in one million copies in just 5 months since its release. After the 1998 “Before These Crowded Streets” and 1999 “Listener Supported”, the new millennium didn’t bring to the band the same success. The 2001 ”Everyday” album had to be reworked and resulted in the 2002 “Busted Stuff”, which performed well both on national radio channels, as among the fans. After a short break, in which both Matthews and Boyd Tinsley released solo albums, the band resumed their work and released two live albums – “The Gorge” and “The Central Park Concert”. In 2004 the band resumed also their live touring and in 2005 they released their first material containing all-new material since 2001. “Stand Up” made Dave Matthews Band the third group aside U2 and Metallica to have four consecutive albums at #1.

In June 2008, the saxophonist LeRoi Moore suffered an ATV accident and two months later he died because of his severe injuries. Jeff Coffin, former saxophonist of “Béla Fleck” replaced him and in 2009 the band paid a tribute to LeRoi with the set “Big Whiskey & the GrooGrux King” which contained one DVD and three CDs. In 2011, to mark the band’s 20th anniversary, two live materials were released: “Live in New York City” performed in 2010 and “Live at Wrigley” performed 2011. A year later, in 2012, the band reunited with producer Steve Lillywhite and released the album “Away from the World”.

The next album, “Come Tomorrow” released last year, is another proof that Dave Matthews Band continues to excel at successfully blending jazz, funk, rock, acoustic folk and bluegrass in a unique style.