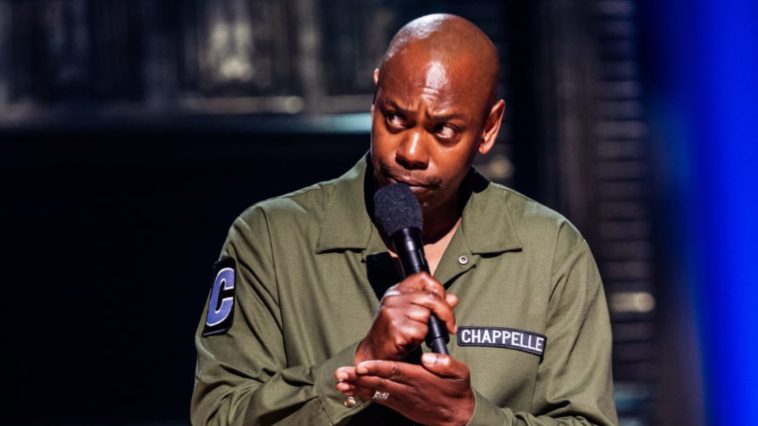 Dave Chappelle and Jon Stewart are touring together in three cities this summer. The 7 shows tour is performed in Boston, Houston, and El Paso.

Started on 11th of June at “Wang Theatre” in Boston, the duo performance will wrap on 24th of June at “Chavez Theatre” in El Paso. You can find the full list of the dates and venues at the end of this article.

In August 2017, Dave Chapelle and Jon Stewart performed together at “Radio City Music Hall”, when Stewart made a surprise appearance. The 2018 summer tour is bringing the duo once again in front of the fans, who can enjoy also the performers’ individual shows. Thus, in 2017 Chapelle released four stand-up specials for Netflix: “The Age of Spin” (which won a “Grammy” award), “Deep in the Heart of Texas”, “Equanimity” and “The Bird Revelation”, broadcasted both in 2017 and 2018.

Born David Khari Webber Chappelle on 24th of August 1973 in Washington, the comedian’s parents who were professors separated when he was 6 years old, which made David split his time between Washington and Ohio.

Chapelle knew he wanted to be a comedian after he saw the sitcom “The Cosby Show” starring Bill Cosby. His mother used to accompany him to the clubs where he was performing, as he was underage and needed a legal guardian. His humor was from an early age a controversial one, which caused the audience’s intense booing during the amateur night at “Apollo Theatre” from New York. Chapelle decided to follow a stand-up career in New York instead of going to college. He made his movie debut in the 1993 parody “Robin Hood: Men in Tights”. In 1994 he was the youngest comedian to appear on the HBO special production “Comic Relief VI”. His movie career meant parts in

“The Nutty Professor” from 1996, alongside Eddie Murphy, the “Woo, You’ve Got Mail” from 1998 and “Half Baked” released the same year.

The beginning of the new millennium took Chapelle in the comedy special “Killin’ Them Softly” from 2000 and in the film “Undercover Brother” from 2002.

In 2003, Chappelle began his own show, called “Chappelle’s Show” on “Comedy Central”. He received two nominations for “Emmy” awards and his provocative humor, which often addressed interracial relations, caught the attention of TV celebrities such as James Lipton and Oprah Winfrey. After two seasons, Comedy Central reportedly offered him a $50 million deal for a two-year contract. Then all of a sudden, on the verge of third season debut, Chapelle took off. He left U.S.A and headed for South Africa, mainly because he was unsatisfied with the direction his show was taking and because he was facing intense pressure from the “Comedy Central” executives, who were asking him to change the tone of his humor. He returned to the States, moved to Ohio and started to live a solitary life, with only a few public appearances. After releasing in 2006 the documentary “Dave Chappelle’s Block Party”, in 2013 Chapelle began his return to stand-up comedy. About his absence, he said that “it’s easier to resign as the Pope than it is to quit a cable show”. His comeback to comedy was marked by a “Grammy” award won in 2018 for “The Age of Spin & Deep in the Heart of Texas” as “Best Comedy Album”. As for personal life, Dave Chapelle is married to Elaine and has together one daughter – Sonal and two sons – Sulayman and Ibrahim.

Born on 28th of November 1962, Jonathan Stuart Leibowitz studied psychology at the “College of William and Mary” in Williamsburg, Virginia. After moving to New York in 1986, in 1989 he began hosting “Short Attention Span Theater at “Comedy Central”. In 1993 we launched the first talk show of MTV network, called “The Jon Stewart Show”. The ‘90s were full of success for Stewart, who appeared on several TV programs such as “The Late Late Show with Tom Snyder” on CBS, “The Larry Sanders Show” and “Mr. Show with Bob & David”, both on HBO.

1999 marked the beginning of Stewart’s career as anchorman for “The Daily Show”, broadcasted by “Comedy Central”. Being also the co-executive producer of the show, Stewart built a reputation as a critic of White House politics. The show won several “Emmy” awards, which brought Stewart the chance to host famous events, such as “Grammy” in 2001 and 2002 and “Academy Awards” in 2006 and 2008.

Jon Stewart is more than a comedian and a TV show host: he is a television and film actor (starred in “Half Baked” from 1998, “Big Daddy” from 1999 and “Death to Smoochy” from 2002), a writer (“Naked Pictures of Famous People” published in 1998 and co-writer of “America (The Book): A Citizen’s Guide to Democracy Inaction” from 2004 and “Earth (The Book): A Visitor’s Guide to the Human Race” from 2010), a movie director (“Rosewater”) and a screenplay writer.

Between 2013 and 2015 he worked again on “Daily Show”, promoting also the rise of co-worker Stephen Colbert.

From 1999 to 2015, Jon Stewart contribution’s to “Daily Show” brought this program 23 “Emmy” awards and 2 “Peabody” awards and transformed it from a satirical view on news into a show watched by many viewers interested in political opinions.

In 2017, HBO signed Stewart for his first standup special in 21 years.

Here is the full list of the Dave Chapelle shows.