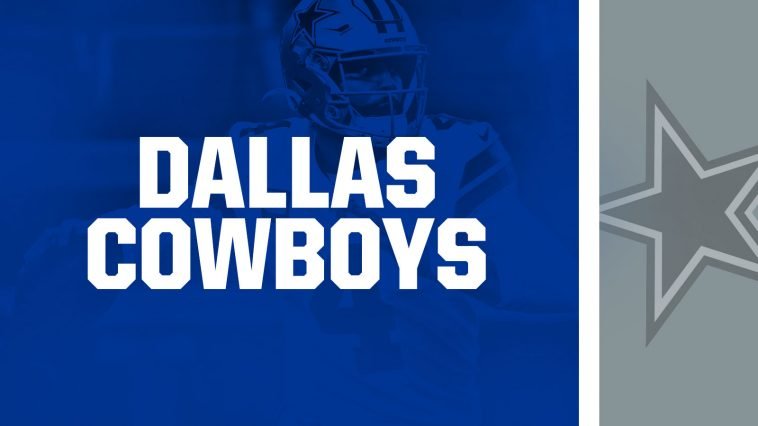 People talk about the Dallas Cowboys as America’s team. To some, they are. For now, we will discuss seeing the Cowboys live and how you can save money while doing so. We get into all kinds of topics including where to sit and where to eat.

Before we get into everything Dallas Cowboys, we want to show you some of the tickets that are available for the upcoming games. These games include everything from the preseason all the way to the Super Bowl, should they get that far. You may also find parking passes included as well. These passes have some weight, so don’t shy away from them.

Tickets to a Dallas Cowboys game will always be more money than you want to pay. As soon as you get over that fact, you can then set your budget on which type of seat you want. Is there a better time to buy tickets? We think so. There are a lot of seats to be sold each week in this stadium.

After a loss is also a good time to start looking. Try to avoid games against well-traveled fans and teams with big followings. You are better off buying tickets to a Buffalo Bills game than tickets to a Washington Football Team game. This will all come down to how much you want to spend.

Where Should You Sit at AT&T Stadium?

Picking the right seat is the most important part of going to a live game. Although you need to think about budget, don’t skip on much better seats for a few bucks more. It is really important to get a seat that will make your experience better. Without a good seat, it will feel somewhat of a waste in terms of live game action. We will break down some of the sections to consider. Remember, there are tons of boxes, suites, and VIP packages available.

Lower Level – If you can get seats in the lower level you’ll have access to more of the action up close. AT&T stadium is so large, however, when inside you can make it feel smaller. Look to sit behind the Cowboys bench in sections C111 and C110. These will be premium seats, but worth it for the experience. If you want to sit behind the opponent look for sections C135 and C136.

Mezzanine Level – These seats are in the four corners surrounding the stadium. These seats give you decent views when the action is on your end.

Upper Level – We always talk about avoiding the upper level if you can afford it. Especially in Dallas, where the Big Screen is almost as big as the field. You are better off watching it on your own TV.

Standing Room – It’s pretty wild how many people pay to stand in the stadium. These are more for a party atmosphere and we don’t think they are suitable for kids.

Clubs and Suites – You can always upgrade when at this stadium. There are endless clubs and lounges to check out. Some of the perks include free food and soft drinks, private bathrooms, better seat comfort, waiter service, and much much more.

Places to Park Around AT&T Stadium

There are a ton of parking spaces around the stadium. Although you can shuttle in as well, we suggest getting a pass to park your car. You are looking at parking to cost you around $30 – $60 on game day. Keep this in mind when you buy your tickets. This will be an added cost you may not have thought about.

Restaurants Near the Dallas Stadium

If you aren’t into eating at the stadium or you just want something for after a game, you do have some options available to you. With plenty of restaurants available in Dallas, we’ll give you a couple of options to check out.

Texas Live – This is a great spot that can get your food cravings taken care of. You have plenty of room and parking. This is a great pre-game spot for a primetime Cowboys game.

Tailgate Tavern – This is another sports bar that carries plenty of options for the family. You will have access to plenty of craft beer and reasonably priced food.

Hotels Within Range of the Stadium

Are you looking for a place to stay the night after a Dallas Cowboys football game? Again, when in Texas there is plenty of everything. Here we will discuss a couple of options to consider for an overnight stay.

Live! by Loews – Arlington, Texas – You can’t get much closer than this. Live will get you near all the major events locations in the area. You’ll have some decent amenities, but you will pay a higher price in this location. Look for nights to cost $220.

Courtyard by Marriott Dallas Arlington/Entertainment District – A Marriott may be in order when staying the night in Texas. You’ll get a nice room and really great service. A comfortable bed for around $115 is a great deal.

When it comes to ticket buying you do have some other options than your usual one-time purchase. We would like to share a little bit about these two options.

Season Tickets – If there was a team to select to get season tickets for, it would be the Dallas Cowboys. You have to think of this as an investment. You can look at this as a way to go to more than one game. Recouping the money on those games from the money you make selling the other tickets is the strategy. Of course, there is some downside risk and it won’t always work out. With only 8 home games, there is far less to manage than say the Texas Rangers season tickets.

Gameday Tickets – Have you ever walked up to the gate watching people trying to sell you tickets? Now you can walk up to the gate with your mobile device and select last minutes seats as you are walking up. You will find some great deals for sure. You do need to be a little more risk-tolerant in case there aren’t any great seats left.

Dallas Cowboys Are Rich with History

Although the Dallas Cowboys have only been around since 1960, you would have thought they founded professional football. They have the largest fanbase spread across the world. Since the merger, the Cowboys have been part of the NFC East.

The Cowboys won five Super Bowl Championships along with 10 conference championships. They have also appeared in the playoffs dozens of times.

You can expect some great rivalries when you have a team with such a large fanbase. Divisionally, the games get really heated against the Washington Football Team, the New York Giants, and the Philadelphia Eagles. There are also great games to be found against the Pittsburgh Steelers and San Francisco 49ers.

With such a great team over the years, you can expect a lot of great players that helped the cause. Although we won’t mention them all, here are a few that you may or may not recognize. We’ll start with Larry Allen, Tony Dorsett, Troy Aikman, Emmitt Smith, Deion Sanders, Randy White, Roger Staubach, Drew Pearson, and Michael Irvin.

Making the Cowboys a Great Experience

You’ve made it this far and you are now prepared to get Dallas Cowboys tickets for this season. No matter which game or games you decide to go to, take in these suggestions. You’d be surprised at how much better of a seat you can get for less. At the end of the day, remember it’s all about the experience. Don’t let price fully dictate your fun. Start searching and good luck.