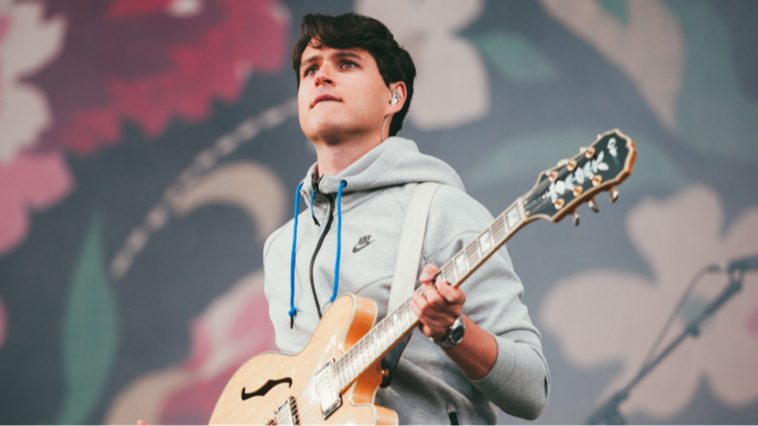 Vampire Weekend is touring to support their latest album – “Father of the Bride” and they have recently added dates for 2020 to their itinerary. For the remaining time this year, you can still see them perform live in locations like Seattle, San Francisco, and Los Angeles. If you can’t make it this year, the band will reach in 2020 locations such as Pittsburgh, Columbus, Detroit, Kansas City, and New Orleans.

There were no events found for Vampire Weekend.

The album “Father of the Bride” has been written over a period of five years and is a daring move from the band who is trying out for the first time a double album. The 18 songs musical experiment is talking in part about broken relationships and features also reflections of Ezra Koenig’s new status as a dad. Even though he left the band in 2016 to follow a solo career, Rostam Batmanglij has brought his contribution to this album, by producing and co-writing the tracks “Harmony Hall” and “We Belong Together”. Batmanglij’s absence is felt on the album, yet the band manages to reinvent themselves even without him by creating a mature work that proves a new level of understanding of universal notions such as love, loss, and lust.

“Father of the Bride” is co-produced by Ariel Rechtshaid, “guilty” for “Modern Vampires of the City” album and benefits contributions from various artists such as Danielle Haim, DJ Dahl, and Steve Lacy.

The album has tracks with a storyline: the opening track – “Hold You Now” – tells the story of two lovers – Ezra Koenig and Danielle Haim, who experience difficulties and then shows Danielle Haim in what it seems to be her wedding day, but not with Ezra. The narrator appears later on the “Spring Snow” track, but this time he tells the story of a snowstorm that seems to bring back together two lovers on the verge of saying goodbye.

Don’t forget about SeatGeek Promo Codes when you are ready.

“We Belong Together” highlights the rush of love and what it can do to somebody in love, whilst “Unbearably White” is a remarkable ballad that captures all the pain and regret that comes from saying good-bye to a broken relationship. On “Stranger”, Koenig provides a glimpse at how it feels to see yourself as part of the person you love life, creating a sound that reminds of “Fleetwood Mac” and a vocal performance that seems influenced by Rod Stewart’ style.

The album features also tracks that approach other topics: isolation is fully expressed and transmitted by the surf-rock “Sympathy” track, whilst “Jerusalem, New York, Berlin” sounds like Koenig’s attempt to reconcile his identity (Jewish-American) with his opinion about the Israeli-Palestinian conflict.

Overall, the album “Father of the Bride” is a new step in the musical journey of “Vampire Weekend”, a step daring enough to bring them in the circle of bands who constantly seek to improve themselves and, at the same time, a step balanced enough to prevent the alienation of their loyal fan base.

Vampire Weekend was formed at the beginning of 2006 by vocalist/guitarist Ezra Koenig, multi-instrumentalist Rostam Batmanglij, bassist Chris Tomson and drummer Chris Baio. The four young men met at “Columbia University” and named their band after a comedy horror short film created by Ezra Koenig in his study years. The band began to perform at parties and literary societies around their university. In 2007 they self-released the single “A-Punk/Cape Cod Kwassa Kwassa”. In October the same year, they also released “Mansard Roof” – the band’s first song to have a video. The video was described by journalists as “one of the happiest, summaries songs you could ever imagine” and the band as “a bunch of nice little boys on a sailboat having some tea and deciding to be in the sixties […] whilst experimenting with African pop rhythms and retro shades.” (“The Guardian”). Soon after, the band signed a contract with a record company, which reissued the single “Mansard Roof”.

In January 2008, the album “Vampire Weekend” was released and achieved remarkable performances: it debuted on #17 in “Billboard 200”, it reached #15 in the UK chart, was appreciated positively by Paul Simon from “Simon & Garfunkel” and sold nearly 500,000 copies. Accompanied by the singles “The kids don’t stand a chance”, “Mansard roof” (reissued), “Oxford Comma”, “Cape Cod Kwassa Kwassa” and “A-Punk”, the album was one of the most popular indie albums released that year. The band sustained a tour to support this album and their next album – “Contra” – was released 2 years later, in January 2010. This album also registered a good performance: it earned a nomination at the “Grammy Awards” for “Best Alternative Music Album”, it debuted in top position on “Billboard 200” and produced two hit singles: “Cousins” and “Horchata”. The same year the band performed a tour in North America alongside “Dum Dum Girls” and “Beach House”.

Towards the end of 2011, the group started working on their third album, which was released in May 2013. “Modern Vampires of the City” won in 2014 a “Grammy Award” for “Best Alternative Album” after debuting at the top of “Billboard 200”. It also turned the group into the first rock band belonging to an independent label to have 2 consecutive albums debuting at #1 in the charts.

After Batmanglij announced at the beginning of 2016 that he was leaving the band, “Vampire Weekend” began working on their fourth album. Featuring collaborations with artists like Dave Longstreth, Justin Meldal-Johnsen, Danielle Haim and others, “Father of the Bride” was released in May this year.