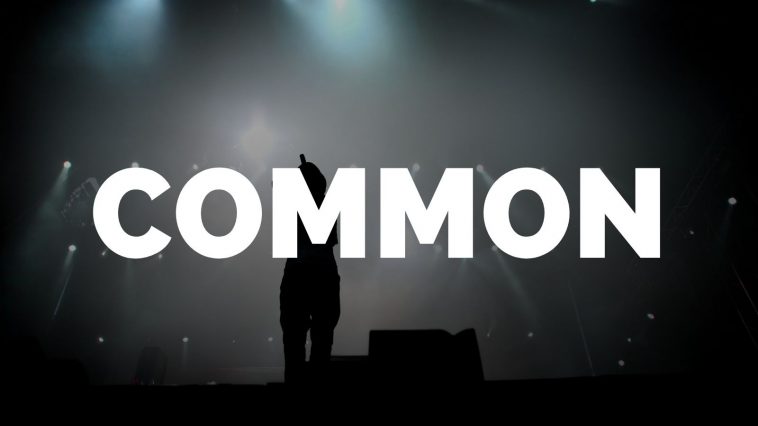 Born in 1972, Common was born under the name of Lonnie Corant Jaman Shuka Rashid Lynn.  He was born in Chicago, Illinois. He was first known under the name Common Sense but changed it after he became popular. Common experienced success as an underground rapper in the 1990s but broke out into the mainstream at the start of the 2000s. Today, he is one of the most famous rappers of all time and is constantly cited as one of the greatest in many music magazines.

As a kid, Common first started rapping in high school. He finished University before he took his music career seriously. He released his first album in 1992. His second album was released to incredible critical success and he cemented himself as one of the biggest underground rappers in the 1990s. He started collaborating with a bunch of musical artists such as Lauryn Hill, De La Soul, and Q-Tip.

In 2000, Common broke into mainstream success with his release of Like Water for Chocolate. The album was loved by music critics but also did well commercially. It became Common’s first gold-certified album. His fanbase increased greatly because of this release. In 2004, Common signed with GOOD Music which was Kanye West’s new record label. This increased his popularity once more as both artists were considered some of the most exciting rappers in the scene. Common started collaborating with many other artists who were also signed with GOOD Music. In 2005, he released Be, and that album was nominated for the Best Rap Album at the Grammys. In 2015, Common released music for the movie Selma. He won a Golden Globe Award for Best Original Song and an Academy Award for Best Original Song for his work with Selma.

In the 1990s, Common was performing with many other underground rappers who would later become hip hop legends too. He was touring with Mos Def and Questlove in many different cities. In 2008, Common would win a Grammy for Best Rap Performance by a Duo or Group. He was nominated again for this award in 2009. In 2018, Common played at the 50th anniversary of Martin Luther King’s death in Memphis.

Common is one of the most popular rappers in the world and seats at his concerts can easily fill up. He also plays in different festivals and it can be hard to keep up to date with where he is playing. Cheaper tickets will sometimes be released on different dates. It is important to keep checking so you do not miss out on any discounts when they do appear. Many other fans are looking to buy tickets at better prices so you will have to act smart and fast. Visit here early and often.

Common is an amazing lyricist and no one can take that away from him. He has great flow and raps about critical issues and sheds light on to them. However, his albums are probably best remembered for their incredible production. You will hear some of the most unique beats and sometimes his singles do not even sound like rap songs because of how musically intensive they are. His music is elegant and clean which is very different from other hip-hop artists.

Seeing Common perform is amazing because he has an incredible persona on stage. He is fun and composed. He is used to giving his all on stage because he started out as an underground rapper. He can bring energy to his whole performance. You can tell he loves his music and loves sharing it with his fans.

You cannot let yourself miss out on getting a seat to see Common. He has the ability to make his songs spark into something new on stage. Your tickets are going to be the key to one of the best nights of your life.