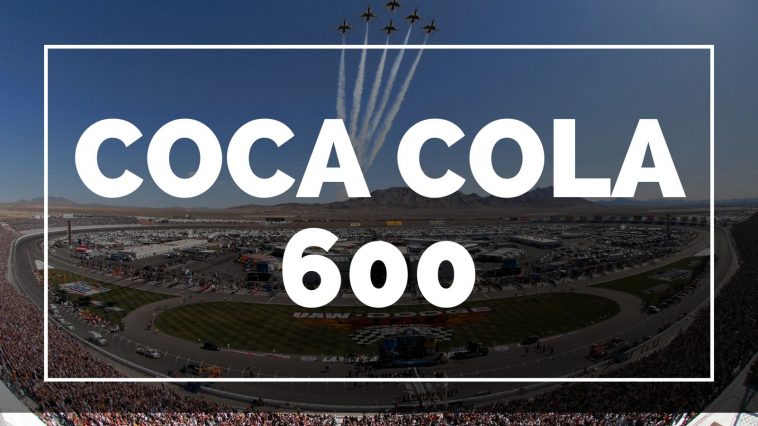 The Coca-Cola 600 is a Memorial Day tradition every NASCAR season. And the longest race of the year has produced some incredible performances. There was the 1979 edition that featured a record 54 lead changes with Darrel Waltrip outracing fellow legends Richard Petty and Dale Earnhardt to take the checkered flag. Earnhardt took the victory in 1993, the first-ever in the modern format finishing under the lights, despite enduring numerous penalties throughout the race. And there was the 2018 race when Kyle Busch took home a victory on the only track he had left to win. Here is your chance to get the best tickets to the Coca Cola 600.

Now is the right time to buy tickets to see NASCAR’s longest race. Make plans for Memorial Day Weekend to see the Coca-Cola 600.

Charlotte Motor Speedway is the site of the Coca-Cola 600. We have the best seats in all parts of the racetrack that can hold up to 171,000 people.

It’s All About a Good Race

Check here to see if anyone put their weekend passes up for sale. Passes provide grandstand tickets for both the Coca-Cola 600 and the Alsco 300 on Saturday, a pre-race track pass, tickets to Thursday and Friday night events at the Speedway, and a scanner rental.

The Paddock Club sits on the infield with an all-inclusive buffet with food, soft drinks, beer, and wine.

Terrace box seating puts you right on turn four in a covered seat with a pre-race pit pass, buffet with non-alcoholic beverages, a cash bar, and a fan scanner.

The Legends Suites is located at the finish line. Seats are climate controlled. Tickets also come with a pre-race pit pass, a buffet, and a Meet and Greet with racing legends. The Indoor Club Suite is a more private suite experience with catering and cash-bar service.

And many seats offer access to the 5th Floor Café with high-class food, sweets, and alcohol available for purchase.

After securing your seats, make the most of your weekend. Attend any of the other three events over the weekend, including dirt track racing Friday night, knockout qualifying for the Coca-Cola 600 on Thursday night, and the previously mentioned Alsco 300 on Saturday. Visit the NASCAR Hall of Fame or the Hendrick Motorsports Complex. Take the kids to the Sea Life Aquarium. Or have a drink at the Cabarrus Brewing Company.

How to buy tickets to the Coca-Cola 600

Now is the best time to buy tickets to the Coca-Cola 600. It doesn’t matter whether you want a cheap seat in the grandstands or a seat with premium amenities. Experience the Memorial Day tradition under the lights as the best in NASCAR compete in the season’s longest race. Get the best and cheapest seats to see the Coca-Cola 600.