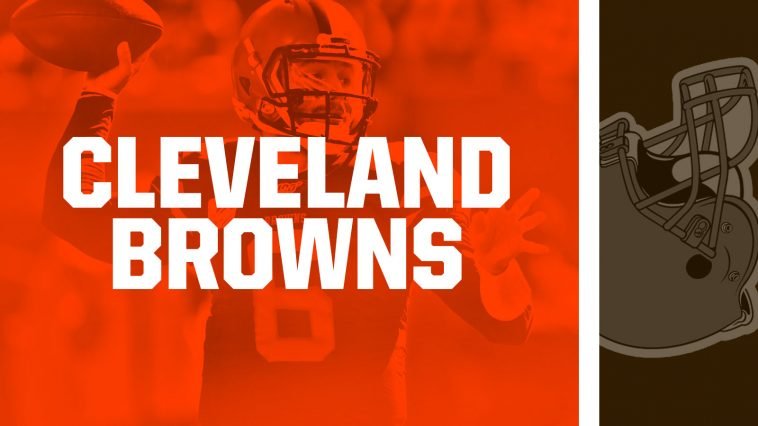 If you are thinking about attending a Cleveland Browns game, you better do some research first to not only help you save money but to find the best sections to sit in. We break down a few things that may help you with your purchase. We’ll look at the right time to buy, where to sit, and some other great information you will need to have a great experience.

Listed right below you will see some of the tickets available for the season. These tickets include games in the preseason all the way up to the playoffs. The listings below will also include games that are away so be sure you know the schedule. Parking passes may also show up on the listings, so add that to your equation if you plan to drive.

There were no events found for Cleveland Browns.

Going to any NFL game will cost you a lot of money. Does it have to cost an unaffordable number, no? We will go over some of the things to think about when making your purchase.

Depending on the game you want to see, we like to look around two weeks prior to the game you want to attend. Demand will pick up around this time and this is where sellers will really want to get their tickets sold. They are of course trying to make as much money as possible.

On the other hand, should the Browns come off a loss or even two, demand may diminish some. This is when sellers will panic some and try to sell their Browns tickets for less. You’ll run into issues all of the time when trying to purchase too early or too late. Once you make the purchase, always accept it and enjoy the experience.

Where to Sit at FirstEnergy Stadium

Where you sit at an NFL game will determine a lot about the memory you are about to create. We suggest you come in ready to fork over a little more than you want to spend to get the best seats possible. Whether you are alone or with your family there is a certain section for everyone.

Lower Level – The lower level is where all of the action happens at Browns Stadium. Not only do you have the sidelines of the Browns and the Opponents, but you also have the section made up of the Dawg Pound. The Browns section is located between sections 133 and 134. The opponent’s sideline is between sections 108 and 109. The DAWG Pound seats are in sections 118-122. This can be a pretty intense location and is most likely not a good area for kids.

Club Level – We always consider the consistency of the Club Level the way to go. There are around 9000 seats at the club level. These seats give you some of the perks you can expect.

Mezzanine Level – This area of the stadium gives you decent views, but at a distance. We suggest going with the lower level over the Mezzanine Level.

Upper Level – Our motto about the Upper Deck is it isn’t worth it. If you have a huge party, maybe, but your experience won’t be worth the cost for seats where you can hardly see. We suggest you pivot lower and try to find a better deal.

If you plan to drive to the game you better plan to park your car. We suggest getting your parking pass ahead of time. Some tickets sold on SeatGeek and other sites show if the tickets have a parking pass included. This may be an extra value piece you may want to think about. If you don’t get a parking pass you’ll need to find parking outside the stadium area. Using one of the many parking apps, you can expect to pay around $40 for a parking spot on gameday.

Sometimes you just want something other than stadium-type food. If you have time before or after a game here are a couple of options that you may want to check out. There are tons of restaurants within reach, so check those out as well.

Cleveland Chop – This is a great establishment serving up a sports bar atmosphere with some good food. From Steaks to seafood, you’ll be covered. You can even check it out for Brunch before a game.

Boney Fingers BBQ – This place is a touch further, but still within distance of the stadium. Look for a relaxed location with plenty of BBQ options. Some great tastes before or after a game.

Places to Stay Near FirstEnergy Stadium

Do you need a place to stay for the night? If you plan to come down from far or you may attend a night game, a nice hotel may be in order. There are a lot of hotels in the area so keep that in mind when searching for location and price.

DoubleTree by Hilton Hotel Cleveland Downtown – Lakeside – This is a decent hotel that gives you a few amenities along with your stay. You are looking at around $160 a night.

Hyatt Regency Cleveland At The Arcade – If you are looking for a nice stay look at the Hyatt Regency. You will get a 4-star hotel and not just a bed to sleep on. This type of hotel will run you around $170 a night.

You are ready to make a purchase. Wait just another minute. Let us discuss a couple of ticket-buying options that you should think about first. If you know what you want and found a good deal, then move on. Here are two options to consider, however.

Season Tickets – You got it. Season Tickets!!! We all want season tickets, but know how much they can cost and what you have to do with the unused tickets. Should you plan to go to more than one game a year, this is a great way to go. You can sell your seats for the big games and really recoup your money. It’s relatively easy to manage and you can make money by the end of the year.

Last Minute Tickets – Back in the day, you would see guys scalping tickets on the street. Nowadays, you can literally use a mobile device to get tickets right to your phone. Purchase with SeatGeek or StubHub as you walk up. You’d be surprised how many seats go left unsold. This is a great way with a little risk to get cheap seats.

History of the Cleveland Browns

The Browns have had a long history of ups, downs, and moves. In 1944, the Cleveland Browns were established. Once the merger of the NFL occurred they’ve been part of the AFC Central and are currently in the AFC North. From 1996-1998, Cleveland didn’t have a team. In 1999, a new team was formed in Cleveland.

The Cleveland Browns have never won a conference championship which means they have never been to the Super Bowl. They have had several chances including a lot of playoff appearances.

When looking for tickets, you can expect big rivalry games against the divisional teams. The Pittsburgh Steelers fans travel well, so the demand for tickets will be high. Games against the Cincinnati Bengals and Baltimore Ravens are always intense.

When you officially decide to go to the game, you have to put in some work. You can research sections all around the stadium to find how prices move. This will give you an idea of when the prices will go up or down. Just remember, we suggest you always put your NFL game experience first over a few bucks. If you are going to spend the big money, you might as well spend a few more bucks to get the best seats. Good Luck!!!