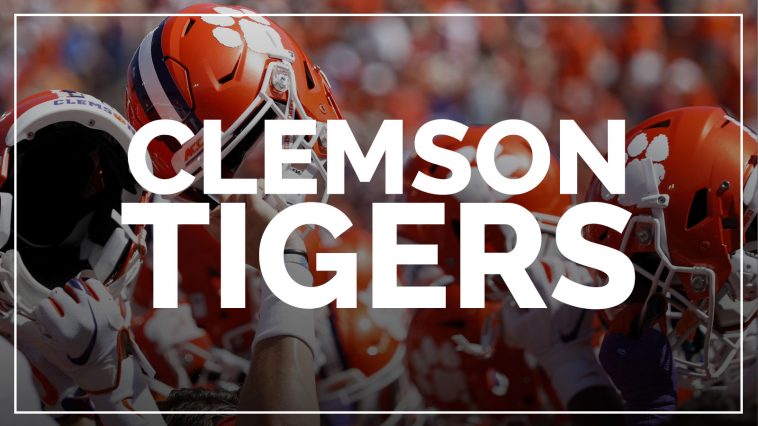 The Clemson Tigers are a fan favorite in the southern part of the U.S. and in many other parts of the country. Renowned for their strong teams year after year, Clemson is consistently one of the toughest teams in all of college football. Based out of Clemson University in Clemson, South Carolina, the Tigers are almost always a force to be reckoned with on the gridiron.

They are also a top draw when it comes to tickets to a game. If you’re a football fan, catching a Clemson game should be on your list of things to do this coming season. If you’ve never seen a game, now is the time to do it. If this is your first time checking out a Clemson Tigers game, we have all of the information that you need to get to a game and to have fun while you’re there.

Keep reading to find out more about the Clemson Tigers and catching a game.

The Tigers played their first season in 1896, and they have won two National Championships in the time since then. They also have over 700 all-time wins, making them one of the most successful NCAA teams out there. Many All-Americans and professionals have spent time at Clemson. The Heisman Trophy—the top award that a college football player can receive—is named after form Clemson coach, John Heisman.

The team was one of the founding members of the Atlantic Conference, and they continue to be one of the biggest and most popular teams in all the ACC. They have had six undefeated seasons.

There have been many rivalries that have emerged for Clemson. The South Carolina Gamecocks are easily their biggest rivals thanks to the fact that they share the same state. This has been one of the biggest events in South Carolina on a yearly basis for decades, and this game continues to be one of the hardest Clemson games to get tickets to. The teams have met almost uninterrupted each year since 1896. The Tigers also have strong rivalries against Auburn, Alabama, and Georgia Tech. No matter where these teams play, tickets can easily sell out.

One of the coolest team traditions is what’s known as “Running Down the Hill,” or the team’s entrance. As the team enters the stadium, huge fanfare is presented to hype up the beginning of the game. It’s even been called the “Most Exciting 25 Seconds in College Football” because of the publicity that this opening tradition receives. While other teams have big pre-game celebrations, Clemson’s opening ceremonies are momentous events, every single home game.

The Clemson Tigers play their home games at Memorial Stadium. Built-in 1942, the stadium can easily hold more than 81,000 fans. Because it is so large and such a part of football culture, the NFL’s Carolina Panthers used it as their home stadium for a year before transitioning into their new stadium.

The stadium is sometimes referred to as “Death Valley” because of the dominance that Clemson often displays over its competition. The nickname stuck after an opposing coach expressed his displeasure at continuously losing to Clemson.

Tailgate parties at Memorial Stadium are always a big deal. In fact, for a lot of football fans, the pre-game party is half the fun of going to a game. It is not uncommon to see lawn chairs lined up around vehicles, with food and cold drinks in hand. Even when the weather starts to cool a bit, tailgate parties are mammoth events in Clemson. As you might have supposed, pre-game parties are always more intense when the Tigers are taking on one of their big rivals. Clemson has a long history of pre and post-game parties, and if you’ve never experienced this side of a football game, you will want to arrive at the game early so that you do not miss out.

The easiest way to get tickets to a Tigers game is if you are a current Clemson student or an alumnus. Not only do you get early access to tickets through these channels, you also can get discounts, depending on the game. If you’re not an alumnus, reach out to those that you might know who are to see if you can take advantage of their deals. This will help you to save some money and maybe even get better seats.

If you’re not alumni, don’t worry. You still have other choices available. We recommend going through a third party ticket site, like StubHub or SeatGeek. These sites, and those like them, tend to have huge selections of tickets available, and they allow you to pick and choose what you want to pay. The major sites, like those that we recommend, have guarantees that come along with their tickets so that you never need to worry about getting ripped off or scammed.

Be sure to check out the mobile app for whatever site you decide to use. There are a few reasons for this. One, you can sometimes get a coupon code just for using the app. And two, you can download electronic tickets right to your phone this way. If you are buying tickets at the last moment, you won’t need to worry about printing out a ticket, having it delivered, or searching for the “Will Call” tent. The ticket can be downloaded to your phone and then presented at the gate.

Don’t forget that you will need to think about parking passes, too. You can buy parking passes right on the same sites that we recommend buying game tickets from. Ticket prices can escalate as the games get closer to kickoff, and parking lots do fill. Buying your pass early and online guarantees that you will have a parking spot and that you won’t pay an outrageous price to leave your vehicle. It’s also a great way to guarantee that you have a spot to tailgate and that you won’t miss a moment of the game.