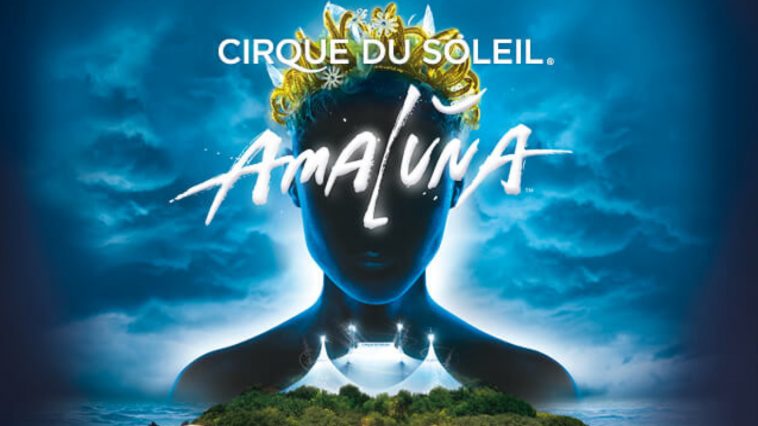 Queens, goddesses, femininity, and more, the Cirque Du Soleil’s Amaluna is a love story for the ages.

This original show tells the story of Queen Prospera and her daughters struggle with true love. The tale is loosely based on William Shakespeare’s famous “The Tempest”, and is set on an island ruled by goddesses.

After the Queen hosts a coming-of-age ceremony for her daughter, Miranda, she calls up a storm, bringing a ship of men crashing to the island. Miranda meets the group and ends up falling in love with one of them, and the story revolves around the challenges that love faces. It’s a show praised for being made up of a mostly female cast. In fact, the title, Amaluna, is a blend of the words “Ama” and “luna”. Luna means moon in Spanish, and the moon represents femininity. Ama means mother in most languages.

There were no events found for Cirque du Soleil: Amaluna.

The show’s visual design is heavily inspired by nature. Bamboo, trees, and flora decorate the stage. Most of the set is handmade but is designed to look as natural as possible. Its colors are similar to those on peacock feathers, and the show’s lighting is designed to put the audience on edge. Amaluna’s stage can revolve, as can the hanging carousel above it all. Otherwise, the pieces are stable so the performers get the attention they deserve.

Over 170 branches are used to create a dense canopy of trees. Each is modeled off one of three templates in the canopy, but the upstate contains over 30 types. The hanging carousel lifts up to 1000 pounds – necessary for all that the acrobats have to do. Amaluna is 13 standard acts, with three acts in rotation – juggling, the Cyr wheel, and the hula hoop. Basically, if you’re going to the show for a second time, you may get a bit of a different experience. There are seven acts that have been retired over the years.

Like most of the Cirque’s shows, the music is entirely original and created specifically for the show itself. Amaluna is the first Cirque show with all-female musicians. There are 14 songs available on the show’s official CD, but there are four tracks in the show that aren’t on the CD. The music is made up of bass, drums, cello, vocals, and keyboards alongside percussion and guitars. It blends both the grunge and folk-rock genres.

It’s a sexually charged show, with scantily dressed performers and incredibly attractive men and women. Bodies are incredibly toned not only because of the acrobatics involved but because performers are picked specifically for those body types. The costumes represent both goddesses and animals.

A lot of the acrobatics are inspired by Chinese performances, though the performers are mostly Amazonian. This show is much more story-focused than a majority of the Cirque’s shows. It’s action-oriented, but that action is also used to cover up a lot of the flaws in the story. Most of the story is a pretty generic love tale, with not much attention put towards the intricacies of the two’s relationships. Prospera, while introduced as a main character, doesn’t have much of a presence in the main show.

Amaluna also draws criticism because some of its set pieces appear inherently sexist. While each gender is scantily clad, some of the acts seem only to be in the show to exemplify women rather than to progress the story. This, of course, could be argued, but it’s notable that the show has been talked about in this way.

The second half of the show is regarded much higher than the first, but despite these comments, it’s still a recommended watch. Because it’s a Cirque du Soleil show, it’s still higher tier than most. You’re still in for incredible performances, death-defying acrobatics, and absolutely thrilling experience.