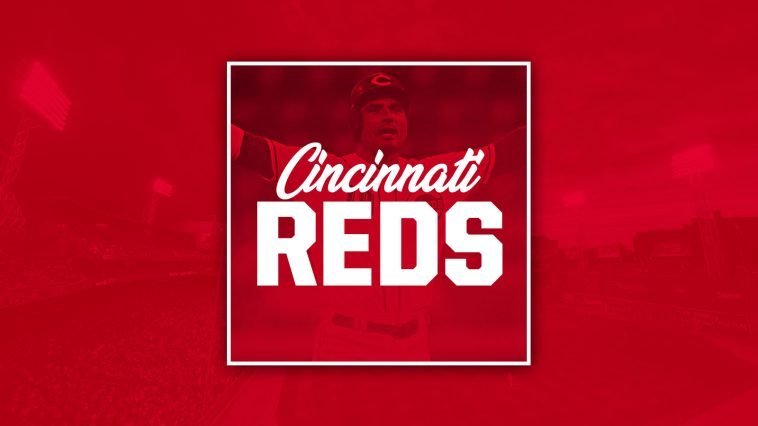 We know how expensive Cincinnati Reds tickets can be so we are here to help you reduce your costs and hopefully get you better seats than you expected. Deciding on whether you want to attend a game is the first step. Once this is established it will be up to you to take care of the rest. We will do our best to help you with the best time to buy Reds tickets, where to sit at the Great American Ball Park, some things to think about before heading out, and much more.

Listed below you will find tickets to the upcoming Reds games. These tickets will be for both home and away games. If you don’t see your game in the shortlist below that means your tickets are a bit further out. Click the load more tickets button and you will be taken to the full list.

One of the top five questions we get asked every day is when to buy tickets. No matter the event and in this case, a Cincinnati Reds game, you’ll be faced with the question of when you should buy. There are a lot of things that come into the equation when making the purchase. We will try to go over a couple of things that may allow you to reduce the costs of purchasing Cincinnati Reds tickets.

A great time to look for tickets is about 3 weeks before the game you want to see. This is around the time ticket sellers will try to move their seats. You can watch how prices move as you get closer to the date. Always focus on the experience first. Don’t always let price dictate your purchase.

The other factor with buying a weekday game is the time the game starts. A game that is at 1 o’clock in the afternoon will not carry as many spectators as a game that occurs at 7 o’clock. This isn’t always the case, but a game during the day could allow you to save a little bit more money when buying tickets.

The last thing you need to consider is who the Cincinnati Reds are playing. Games against the St. Louis Cardinals, Kansas City Royals, Milwaukee Brewers, and Chicago Cubs will always carry a heavier price ticket. Look for games against teams such as the Seattle Mariners or Tampa Bay Rays.

There are a few things you can do to reduce the cost and timing will always come down to supply and demand. Assuming you see prices drop in certain locations that is when he should act. Don’t miss out on a game just because prices aren’t moving in the direction you expected.

Where to Sit at Great American Ball Park

The Great American ballpark has an amazing seating chart to find tickets to a great location. We’ll go over some of the different sections to look for and some of the great seats that may allow you to catch a home run or just get some extra amenities.

Diamond Seats – The diamond seats are considered some of the best seats in the majors. These seats are right behind home plate and offer you some great views of the game. They’re not only just regular seats, there actually cushioned with plenty of legroom. You have access to pregame buffets and complimentary food and drinks

Club Level – The next great seats at the Great American ballpark are the club level seats. There are several seats around the stadium they’ll give you access to some awesome amenities such as free beverages, private bathrooms, and extra comfortable seats.

Homeplate Seats – Also known as the scout seats, these two sections are right behind home plate. They provide you access to the best views from the pitchers, catchers, and hitter’s vantage points. If you can afford these tickets this is the way to see a ballgame.

Field Box – If you’re looking to catch a foul ball then you want to sit at the field box level. This is on both sides of the park and will provide some great action to the game.

Sun Deck – On the other hand, if you’re looking to catch some home runs, you want to sit in the sundeck or what’s known as the moon deck. This is where a lot of home runs come into play and you may catch one during the game. There are of course no guarantees, but the thought is always more exciting anyway.

Terrace – The Terrace level also provides an area where you may be able to catch a home run.

Bleachers – You may already know where this is going. The bleachers are not necessarily the best seats in the building, however, they do provide the cheapest seats and give you access to the stadium. If you are bringing a family this is a great location for you to spend a few innings.

Upper Deck – If you’re looking at the mezzanine or view levels, your most likely looking at the upper deck. These areas in the ballpark aren’t necessarily the best. You’ll find a cheap ticket here, but the views of the game will just not be as exciting. Spend a few extra dollars to get into the lower level or closer to the field.

Parking Near the Ball Park

There are several parking garages around the ballpark. Fortunately, prices aren’t that expensive considering where you’re located. You can pay from five dollars to $30 based on the location of the garage. If you’re fortunate to find a parking spot on the street make sure you take advantage of that, but read the parking signs when you leave your car.

Some people want access to food before or after the game. It’s quite understandable if you don’t want some hot dogs, peanuts, or cracker jacks. There is plenty of restaurants near the Great American Ball Park. One of these restaurants is called Moerlein Lager House, which provides American fare and has a great selection of beer. You can also check out the Yard House which is nearby the stadium as well. This provides some excellent food in a bar-type atmosphere as well.

Buying Tickets for the Reds

Baseball is one of those games where you have plenty of options when it comes to going. If you only want to go to one game that’s fine, but there are several other ways you can get tickets. We want to share a couple of different options for you if you are looking to not only go to one game but go to several games throughout the season.

Season Tickets – Although this may seem a bit daunting, season tickets is a great way to go to multiple games throughout the year. You can go to as many games as you would like and then sell the rest of the tickets for the games you’re unable to attend. By selling the tickets for a marked-up price you can end up making money on the season. You can also give away tickets to your friends and family as well as customers if you have a business that does that. There will be many options available for you when buying season tickets.

Group Tickets – The Great American Ball Park provides group tickets throughout the season. This will be a selection of games that the team provides you that you can decide on whether to go to or not. You’ll be grouped into several different games, and most likely won’t be able to pick which teams. You will most likely catch night games and day games.

Last Minute Tickets – One great thing for single spectators are last-minute tickets. People that are trying to sell the tickets that they were unable to, lower the price significantly as it gets closer to the game. Spectators walking up to the stadium may be able to purchase tickets for single-digit amounts. You’d be surprised what people are willing to sell their tickets for when the game gets closer.

Some History to Think About

Some of the Reds biggest MLB rivalries are against teams such as the Pittsburgh Pirates, Cleveland Guardians, and Philadelphia Phillies. You can expect tickets for these games to be a little bit more expensive, but the action should be more exciting than the norm.

Get Out to the Ball Park and Enjoy

Now is your chance to head out to a Cincinnati Reds game. With some of this information, we provided you should be able to get tickets without a problem. Take your time when looking in different sections and watch how price moves during the week. You’ll be surprised how much prices can drop leading up to the game. If you’re comfortable waiting till the last minute you have that option as well. Don’t forget it’s all about the experience when going to a Cincinnati Reds game. Keep that in mind so you don’t miss out on all the action. Good luck, and if you have any questions about purchasing Cincinnati Reds tickets you can always contact us.