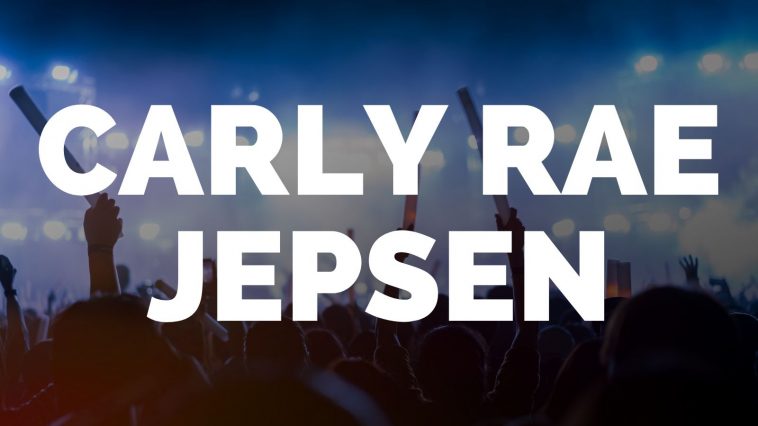 Born in 1985, Carly Rae Jepsen has led a rather abnormal pop star career. She was born in British Columbia, Canada. Initially, Jepsen was known for her sugar pop music that was aimed at teenagers. However, as Jepsen’s career continued, she has become a music phenomenon within the queer community and the indie music community. Her pop music has become less successful commercially but more critically successful. Jepsen’s fans are some of the most loyal fans you will meet in the world. This is your chance to get the best seats for a Carly Rae Jepsen concert. In the listings below you will find the best tickets that are still available.

There were no events found for Carly Rae Jepsen.

Throughout her school life, Jepsen was heavily involved with musical theatre. After graduating from college, Jepsen continued to write music. She joined Canadian Idol in 2007 and she placed third. It allowed her to get signed and she released her first album in 2008. The album was moderately successful and sold 10,000 copies in Canada. Her next album made her into an international star. Her single “Call Me Maybe” is one of the most successful singles of all time. The single was nominated for two Grammys and is included in the Billboard’s Greatest Songs of All-Time.

In 2015, Jepsen released her third album called Emotion. It commercially underperformed and many people believed it flopped. However, its reputation continued to increase and many critics were very favorable of it. Her fanbase’s age greatly shifted and became a lot more mature. She continued to release music that targeted this new crowd of fans.  Her music began to spread through grassroots and word of mouth instead of large branding. You can see Jepsen’s legacy with the indie scene as musicians like Wild Pink and Future Teens have decided to cover her songs.

Jepsen has played in many different cities as she is popular throughout the whole world. Early in her career, Jepsen played with other Candian pop musicians such as Marianas Trench. In 2018, Jepsen appeared as the opening act for Katy Perry’s headline tour. In 2019, Jepsen announced The Dedicated Tour to support her fourth album Dedicated. She visited countries in Europe, North America, and Japan.

Surprisingly, some of the venues Jepsen plays at can be quite small. Her fanbase has changed a lot so she does not always attract massive crowds. This can make it difficult to catch where she is playing. Cheaper tickets can be bought especially when concert dates approach. Most music venues will release discounts when they can not sell all their tickets. You deserve to see a show at a price that you like.

Jepsen has always been great at singing bubblegum pop which is catchy and lighthearted. She has a cute voice that is hushed at times. Her songs have been increasingly influenced by dance pop. Jepsen works with a lot of different producers and songwriters. You can hear how much time each song has been worked on before they were chosen to be released. She is consistent too which is not common when you compare her to other pop stars.

On stage, Jepsen is bubbly and attractive when she sings. Her pop music is about having a good time and that is what she delivers at her performances. Do not let any presumptions of her concert audience scare you away. There are hardly any teenagers who show up to her concerts anymore. Instead, her crowd is older and more loyal. There is so much emotion in her voice and it really shows on the microphone.

Her career is one of the most unlikely stories in the music scene which makes her extremely exciting. However, don’t let that distract you from her music because she continues to release perfectly crafted pop songs. Get a seat today to understand why there are so many new loyal fans. This is the best time to buy Carly Rae Jepsen tickets. You can get out to one of your local venues and grab some of the best seats for the show.