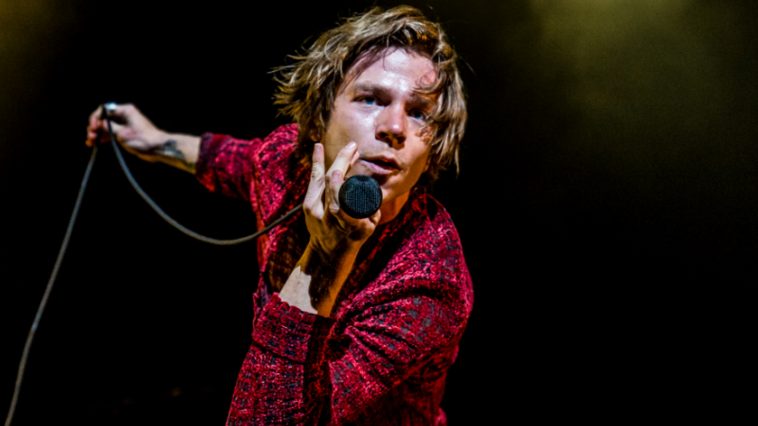 Cage the Elephant will team up with Beck for a summer tour that includes 30 dates across North America. The “Night Running” tour is named after one of the coming album’s tracks, featuring the same amazing artist Beck. The tour starts on the 11th of July with a show in Ridgefield, Washington, stops in cities such as Austin, Houston, Chicago, Detroit, New York, and many others, finishing on the 30th of August with a performance in West Palm Beach, Florida.

There were no events found for Cage The Elephant.

You can find the full list of dates and venues at the end of this article. The tour is a prelude for the band’s fifth album called “Social Cues”, which is scheduled for release on the 19th of April. The main guest of the tour is Spoon, with Wild Belle, Starcrawler and Sunflower Bean acting by rotation as supporting artists. The tour has also a social benefit component, as $1 from the price of each ticket will be donated to support local initiatives for food security in the cities the tour has stops scheduled. If you want to see live Cage the Elephant, while contributing to a good cause, you can get your ticket from some of the great ticket sites out there.

Re-inventing the retro-rock of the ‘60s by evoking, among others, the “Yardbirds”, “Tell Me I’m Pretty” brings to fans a 21st-century twist of pop music. The album debuts with “Cry Baby”, a track that displays some of the themes that appear in the album “Melophobia”, such as time and death. “Cold Cold Cold” is filled with ‘60s-like pop flavor, whilst “How Are You True” is an outstanding showcase of the band’s talent for acoustic tunes. “Sweet Little Jeanie” sounds like a re-invented “She’s Leaving Home” of the “Beatles”, with a drop of punk, whilst “Too Late To Say Goodbye” has a rhythm similar to “Take Me To Church”.

With so many twists of rhythm, moods, and themes, this album is definitely one to remember and to listen for more than one time.

Cage the Elephant was formed in 2006 by Brad Shultz, Matt Shultz, Jared Champion, Daniel Tichenor, and Lincoln Parish, all high school friends from Kentucky. The first band they played in was “Perfect Confusion”, which disappeared with their departure. “Cage the Elephant” was chosen as name for the band in 2006. A man with disturbing behavior approached the band after a concert, hugged Matt Shultz, and said over and over again “you have to cage the elephant”.

In 2007 the band performed at several music festivals: “Bonnaroo”, “South by Southwest”, “Lollapalooza”. They signed a contract with a record company, moved to London and started to work on their first album. Released in 2008, the album featured funk, blues, and classic rock influences and was well-received by the critics.

A year later, in 2009, the band started to perform their music in the U.S., including as supporting act for “Manchester Orchestra” and “Silversun Pickups”. The same year they performed again at “Lollapalooza” and “Bonnaroo” festivals as guests and their single “Ain’t No Rest for the Wicked”, which had already made it to “Top 40” appeared on “Late Show with David Letterman” and was featured in “The Bounty Hunter” movie.

In 2011 the band released its second studio album called “Thank You, Happy Birthday”. With influences from bands like “Nirvana” and “Pixies”, the album debuted at #2 in “Billboard Hot 200”. A year later they released a CD and DVD which featured the live performances they sustained at “Vic” in Chicago. In October 2013, Cage the Elephant released their third album – “Melophobia”.

It featured a collaboration with Alison Mosshart and the track “Come a Little Closer”, which became a radio hit. The album won a Grammy Award nomination for “Best Alternative Music Album”. Around that time, the guitarist Lincoln Parish left the band to pursue a producer career in Nashville. At the end of 2015 “Tell Me I’m Pretty” was released and in 2016 the band went touring in Europe and North America to promote the album. The band spent the next year providing a series of unplugged performances around the U.S. These performances were captured in their second live album – “Unpeeled”, released in 2017. Their next album “Social Cues”, due date 19th of April, promises to deliver at least as many hits as the previous work.