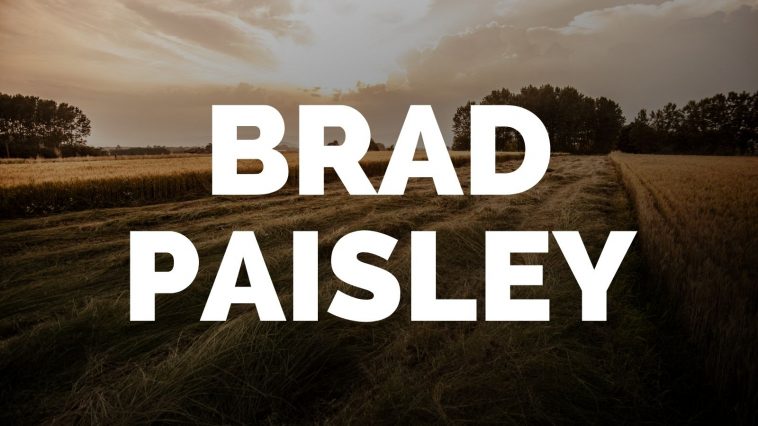 Brad Paisley was born in Glen Dale, West Virginia in 1972. One of the most prolific and popular country singers, he has always embraced the Southern cowboy aesthetic While his songs fall in line with other traditional country singers and tunes, he has the talent to be flexible. Paisley can write ballads or country rockers that are sometimes funny or wistful. The one thing consistent is his swagger and personality which are always on full display in his music. Here is your chance to get the best seats for Brad Paisley. Don’t miss out on some great ticket deals.

Paisley learned how to play guitar from his maternal grandmother at a young age. He started to play for his church in third grade and Glen Dale fell in love with his voice. He became a local celebrity in Glen Dale and was invited to sing in a lot of events. After he graduated from college he signed with the label Arista Nashville and released his first album in 1999.

Soon after his debut, Paisley’s success rose rapidly. In 2001, PBS did a 75th-anniversary concert special in which Paisley had the opportunity to sing alongside Chely Wright. In his active career, Paisley has quickly become one of the most successful and beloved country artists of all time. His songs have appeared in movies and he has written songs for the soundtrack of Pixar’s animated franchise Cars.

Paisley has toured all around America and some of his tours have lasted for more than half a year. From 2005 to 2017, he headlined a tour at least once every year. His Bonfires & Amplifiers Tour lasted for ten months; it started in April 2007 and became so successful it was extended into February 2008. In 2012, Paisley’s Virtual Reality World Tour would see thirty-one shows sell out.

Despite Paisley’s willingness to tour often; his shows constantly sell out. Paisley usually extends his tours in the middle of them so last-minute tickets happen. Check for the updates for these tickets. Paisley’s charm can only be fully appreciated at his concerts and this is one of the reasons his live performances are so popular.

Discounted Brad Paisley tickets, especially when more live performance events approach can be found. It is recommended that you check early to not miss out on any of these deals. Seat in all sections will most likely be available.

Paisley’s first ten studio albums have all been certified Gold or higher by the RIAA. He is the winner of multiple Grammy Awards and American Music Awards, making him one of the most successful musicians in America. Paisley is a great country storyteller who can sing from a wide range of topics. Some of his songs paint funny stories and some are more serious and touch on topics such as alcoholism. However, these topics always reflect the Southern lifestyle with references to everyday Southern activities.

As a skilled guitarist, Paisley plays some of the most impressive riffs in his concerts. Using his cowboy hat and clothes, his swagger is on full display. He performs with crisp confidence and knows exactly how to get a crowd excited. A lot of fans will find themselves jumping and dancing to his faster and rockier songs and accidentally shedding a tear in his ballads. Paisley’s strong beautiful voice sounds better live than on record. His country songs are meant to be performed and seen and any music fan would have a full experience at his live performances.

He has written and published two books about his music and his early career.

Paisley remains one of the most active and consistent music artists and he has shown no signs of stopping. His albums continue to be highly anticipated and always win awards. He wears his Southern country influences on his sleeves and sings songs that anyone can fall in love with.

Every year, fans of Paisley only seem to increase. His tours become larger and more frequent but they are still filled with crowds. His album sales continue to increase and he has sold 11 million albums. Make sure you don’t miss any opportunity to see Paisley sing. This is your chance to get great seats for a Brad Paisley concert. Tickets are available so act now.