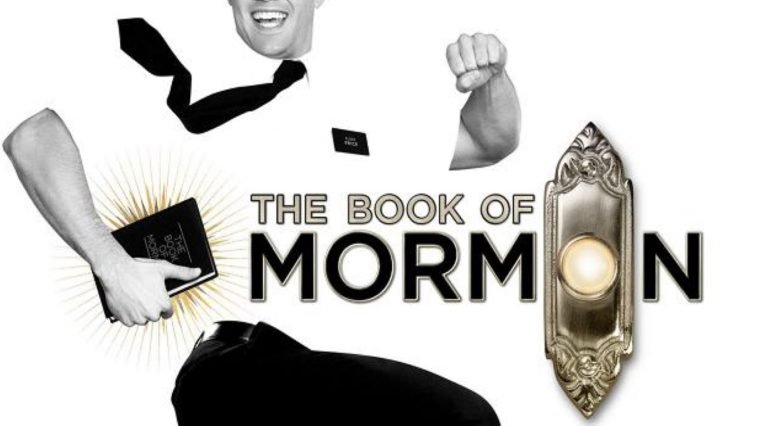 The Book of Mormon is a delightfully fun Broadway musical collaboration by comedy icons Matt Stone and Trey Parker (creators of South Park) and Robert Lopez (co-musical producer of the musical Avenue Q). The trio spent over seven years working on the project together, and the result is well worth the wait! Listed below are some of the best tickets to see the show. We highly recommend you look into purchasing seats close to the center and the stage. This will give you the best experience possible.

It’s the story of two enthusiastic young Mormon missionaries who attempt to spread the good news of the Book of Mormon in faraway Uganda. As they face conditions much more challenging than they were prepared for – AIDS, local warlords, contemplating that God isn’t going to make things easy for them – they sing and dance their way through the trials in uproariously entertaining musical numbers.

The enormously positive critical reviews of the show generally mirrored Vogue Magazine when they said that the Book of Mormon is, “the filthiest, most offensive, and—surprise—sweetest thing you’ll see on Broadway this year, and quite possibly the funniest musical ever.” Critics marveled at the show’s ability to take existential questions and harsh realities and address them in upbeat, hilarious, and fun songs and dialog.

In the year of its first run, the show received 9 Tony Awards along with 5 other nominations. They also won awards in the Drama Desk and Outer Critic Circle Awards. It also won accolades for British and Australian productions. Speaking of international shows, a non-English version was performed in 2017 in Stockholm, Sweden.

Within the first nine months of shows, the production had earned back its initial investment of almost $12 million, and as of 2019, the show has garnered over $500 million – one of the top-grossing shows of all time.

Josh Gad and Andrew Rannells starred in the lead roles in the opening production on March 24, 2011, at the Eugene O’Neill Theatre and lent their voices to the recording which led to the 2012 Grammy for Best Musical Theater Album.

How to Buy Tickets to The Book of Mormon

Experience the hilarity and insight of The Book of Mormon by purchasing cheap tickets using the listings above. Check back often to get the best deals and exclusive offers so you won’t miss out on the performance when it comes to town!

As confident Elder Price and clueless Elder Cunningham head to Uganda for their own “most important part of a Mormon kids life…his mission” to convert people to their religion, the show quickly smacks the audience in the face with the brutal aspects of rural life in their new home, but always through a boisterous and fun Broadway song.

The show portrays the missionaries and religion in general as over-simplistic and ineffective in addressing real-life problems. However, as Matt Stone, who grew up around many Mormons, said, “[The show is] an atheist’s love letter to religion.” The takeaway at the end of the program leaves viewers with the confidence that, although just about everyone got made fun of, at the end of the day religion and trying to help people really do make people better and can make a difference if you don’t take things too literally.

The Mormon Church humorously took out an ad in the show’s program, promoting the real Book of Mormon, which can change lives, displaying a sense of humor about the unique and potentially tricky attention the show cast on them.

The Book of Mormon Experience

Come see what critics and fans are raving about! One of the most successful musicals of all time will have you “sore from laughing so hard” (New York Times) at “the most joyously acidic bundles Broadway has unwrapped in years” (Washington Post). Don’t miss out on this song-and-dance extravaganza that will entertainingly scandalize you just as much as it will warm your heart!

All you have to do is look through the ticket listings on the date you want to go. We suggest you find the best seats possible that meet your budget. This will elevate your experience tremendously.