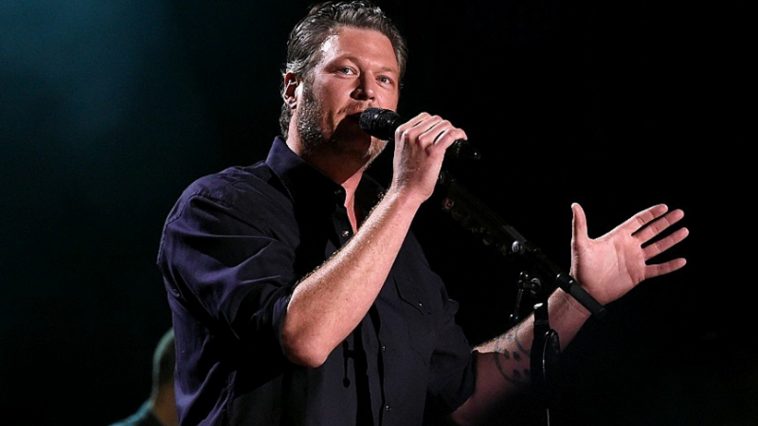 The country singer Blake Shelton was born in 1976. He was born and raised in Ada, Oklahoma. His country music uses both pop ballads and rock ballads to create a more radio-friendly country sound. Shelton is well known for being one of the more prolific country singers who seems to have connected country and the more mainstream music scene together. The listings below will share some of the best seats available to see Blake Shelton. If he is coming to a venue near you we suggest you act on buying tickets.

Blake Shelton with Carly Pearce and Jackson Dean Legacy Arena at The BJCC - Birmingham, AL
From $52

Shelton grew up with very humble beginnings in his small town. His uncle taught him how to play guitar and he became quite the small town musician in his home during his teenage years. Oklahoma rewarded him a Denbo Diamond Award, a state award when he was only 16 years old. He decided to move to Nashville after graduating high school to see if he could pursue a music career in country music. One of the great country music producer legends, Bobby Braddock, noticed him and helped him get signed.

His first album had a small rocky start but soon became one of the bestselling country albums of the year. He was signed with Giant Records. The record company closed almost immediately after releasing Shelton’s first single. When his album was released by a parent company, Warner Bros. Records, his album would sell so well that it would get a platinum certification from the RIAA.

One of Shelton’s most famous tours was his Ten Times Crazier Tour. It started in July 2013 and ended in June 2015. He toured with huge musical acts such as The Band Perry. During this tour, he did a musical performance that was free on a beach in New Jersey. This tour was sponsored by Pepsi. He has headlined many tours during his musical career and has supported other country singers like Toby Keith and Brad Paisley. Over a decade of music, Shelton has created a considerable amount of reputation for himself and he is one of the most sought country artists to go and see.

He is frequently playing music so there will be shows to see if you are a fan. He plays all around America in every state especially after he releases an album. His tours always have inexpensive tickets that can be hard to find. You will no longer have to compare tons of different websites to see which ticket sales are the cheapest and most affordable.

His pop-sounding country music helps bring in new country fans every day. Despite this, Shelton does not betray any country roots and sings songs about drinking, love, and other popular country themes. He has a way of making ordinary stories relate to anyone and connect to any listener.

When you get the chance to see Shelton play, you will start to really appreciate his talent and musicianship. He is a talented guitar player and has a unique voice that works perfectly for his country ballads. His love songs sound passionate and he always seems to be having as much fun as his audience is. He is captivating to see and anyone at his concerts will have a great time.

In 2014, Shelton was inducted into the Oklahoma Hall of Fame. He had an exhibit dedicated to his life at the Country Music Hall of Fame and Museum. He has also served as a coach for the famous music television show The Voice.

Shelton has helped bridge the gap between regular music lovers and country lovers. His popularity has continued to soar and he has become a cultural icon too. If you get the chance, you should definitely go and see Shelton play. His popularity is on the rise and has not shown any sign that it wants to stop He continues to draw fans from all over the world. The best seats for a Blake Shelton concert are right above. Be sure to act on any great deals you may come across.