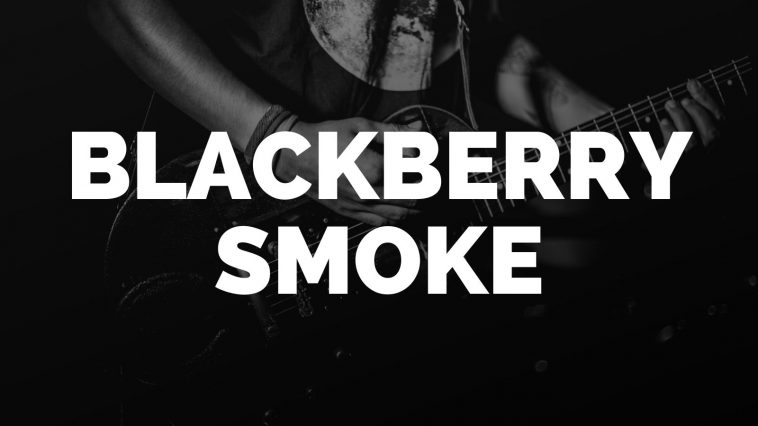 You made it here so you are most likely looking for Blackberry Smoke Tickets. Besides getting great information about Blackberry Smoke, you will also see some of the best seats available. The listings below will show some of the upcoming concerts. If you use the load more button you will see where else they are playing. Finding the right venue near you shouldn’t be difficult. We will also go over the history of Blackberry Smoke, how it came about, and some of its statistics in the music industry. There is a lot of information you may not know from their past that is quite interesting. There are also plenty of resources you can check out to get their full history.

Best Place to Sit at a Blackberry Smoke Concert

If you were lucky enough to catch their performances in bars and small clubs when they were coming up the ranks, then you know how cool it is to sit near the stage. Having a strong presence on stage makes you want to be as close as possible. We get into all of the details below to help you find that perfect seat.

When it comes to finding the best seat at a Blackberry Smoke show you have to know what to look for. The first thing you need to look at is what venue they are playing. For example, a concert at the Paycom Center which can host 16,000+ fans will have many more seats available than say the Old National Centre in Indianapolis, IN, which only has a capacity of 2500 seats. Locations will also determine how the tickets will be sold. Hometown shows of Atlanta will most likely sell out, so you need to be quick on the presale or on-sale date. If you missed either one of those, you’ll have to pay resale prices.

When talking about a small theater, say under 5,000 people, other than really far away, there aren’t many bad seats. However, if you have the chance to get the first 15 rows, you may see your experience go up substantially.

If you are looking at a venue such as the Fox Theatre in Atlanta, GA, and miss the seats on the bottom level, look for the price discrepancies between rows in the balcony. You will notice how people price their tickets.

Looking through several different events coming up for this tour, we are seeing a mix of results. For many of the venues, the shows are sold out. Only resale tickets are available. There are plenty of places where the best rows and sections are taken, but there are still plenty of seats. Look through all of the different sections and find your price point. You will see sections, where row 2 is $99 and the last row in that section, is also $99. This means getting that row two ticket is worth the cost.

Try not to settle for the cheaper seats when there is only a $10-$20 difference. This is where you should look at the lower rows and see if there is a reasonable ticket price. You may be surprised at how many people will try to sell their tickets for around the original cost so they don’t get left holding them.

Don’t forget about the Pit if the venue has one. Not all do so keep that in mind. You will pay a good price for these, but it could be worth spending more money for a better location than sitting back at a higher price.

It will all come down to your budget. Concert tickets are super expensive these days and are most likely only going to keep rising. This is where you need to put together that plan that won’t put you over while also keeping the experience in mind the whole time.

Tours and Past Breakthroughs

Current band members include Charlie Starr, Paul Jackson, Brandon Still, Richard Turner, and Brit Turner. The only member that wasn’t there at the beginning was Brandon. His addition as a keyboardist allowed them to bring in a lot of new sounds.

2016 was a big year for Blackberry Smoke. They went on tour with Gov’t Mule, which gave them such a boost. From small venues up to big NBA arenas, Blackberry Smoke has made a name for itself.

Over the years, they performed with many great artists. Some of those include Eric Church, ZZ Top, Zac Brown Band, Luke Combs, Whiskey Myers, and Aaron Lewis.

Along the way to the big time, they’ve also performed at many different music festivals. Performing at Rockfest was huge back in 2009. They were with the likes of Korn, Steve Miller Band, Judas Priest, and Buckcherry.

In 2018, they were included in a huge lineup that included performers such as John Mayer, Sting, Rober Plant, and the Counting Crows. This was called the Bourbon & Beyond.

Since its inception back in 2000, Blackberry Smoke has created seven studio albums. They also have a few live albums. On top of all of this, some singles have made moves in the charts. It seems like the music keeps coming out of the band when they feel like it. Their music videos have also had a nice run as well. With over eight videos, they’ve created a substantial YouTube following.

They currently have over 400k subscribers, which is a lot of people tuning in for videos. Not only will you see their directed music videos, but you will also come across many live performances. From acoustic to live rocking. You can see their channel here.

As of right now they currently fall just short of a million listeners on Spotify. With the current tour, you can expect this to rise quickly. Continuing with their social following, Blackberry Smoke has almost 150k Instagram followers.

Check Out a Blackberry Smoke Concert

Here is your opportunity to check out a live performance from Blackberry Smoke. Check the listings above and hopefully, there is a show coming to a venue near you. There are plenty of shows in small venues as well as more sizable locations. Hopefully, you are lucky enough to get some of the best seats available. You’ll have to look closely and see what seats are still there and make your decision based on the experience you want. If you have any questions about attending a Blackberry Smoke concert, then let us know.