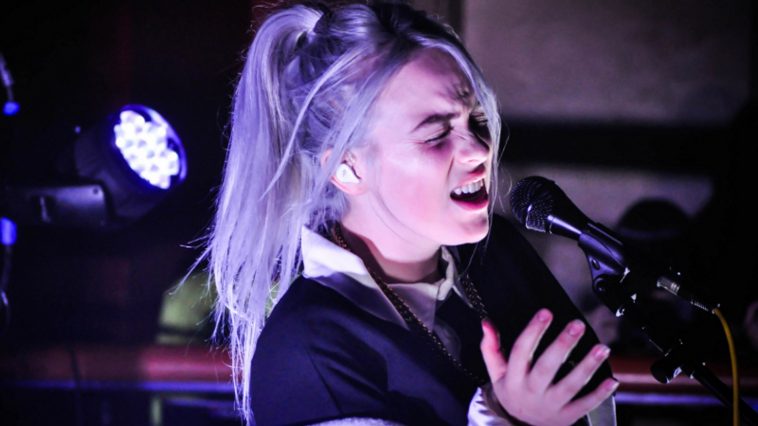 Billie Eilish has announced that she will hit the road this year with the “When We All Fall Asleep” tour. The tour, which will support her debut album “When We All Fall Asleep, Where Do We Go?” scheduled for release on 29th of March, will kick off with two days attendance at Coachella Festival, on 12th and 19th of April and will wrap up on 13th of July in San Diego, California. The tour features stops in locations like San Francisco, Chicago, Boston, Philadelphia, Washington, New York, Nashville, and others.

Rapper Denzel Curry and Eilish’ brother, Finneas, will open the tour whose playlist is sure to include the future album’s first released single – “burry a friend”.

Tickets are available for sale and you can get the best seats today.

Billie Eilish Pirate Baird O’Connell was born on the 18th of December 2001 in Los Angeles, California from parents involved in the entertainment industry. Her mother composed songs and her father played instruments like ukulele and piano. Billie grew up in a home that loved Beatles. All this vibe, together with her brother’s love for music inspired also Billie to pursue a career in music.  She joined a choir when she was 8 and spent the next 3 years singing with them, whilst she began to write songs.

In October 2015, Billie handed to her dance teacher a song written by her brother Finneas O’Connell, to which she added her voice. “Ocean Eyes” was meant for her dance routine, but it turned out to be so good that the siblings decided to load it up on “SoundCloud” at the beginning of 2016. The release of the song’s video, in March 2016, collected more than 10 million hits. This was Billie’s musical breakthrough and the start of a successful career: more versions of the song were released, a new video for the song, featuring Billie dancing, was issued and a brand new single, called “Six Feet Under” was offered to the increasing fan base. If you want to see this promising young artist perform live, you can get tickets some of the better sites out there.

In 2017, Eilish continued her rise to success: the single “Bellyache”, co-written and produced by Billie’s brother was released and the song “Bored” was featured on the OST of the series “13 Reasons Why”, broadcasted by “Netflix”. Two other new singles – “Copycat” and “Watch” were released and in the summer came the announcement about the debut EP called “Don’t Smile at Me”. The EP, brought to public on the 12th of August, was preceded by the singles “Idontwannabeyouanymore” and “My Boy”. Together with Vince Staples, Eilish released “&Burn”, a remix of her song “Watch”. The last important achievement of the year came in October, when she was elected “Up Next” artist by “Apple”.

The 17-year-old musician kept her fast pace also in 2018, a year that she started with a tour to promote the EP “Don’t Smile at Me”. She released the singles “You Should See Me in a Crown” and “Bitches Broken Hearts”. The song “Lovely”, a collaboration with the singer Khalid, became a hit and was featured in the series “13 Reasons Why”, in its second season.

With several songs in various charts and with a relentless determination to release more new songs, Billie Eilish is an artist whose performance you don’t want to miss this year.