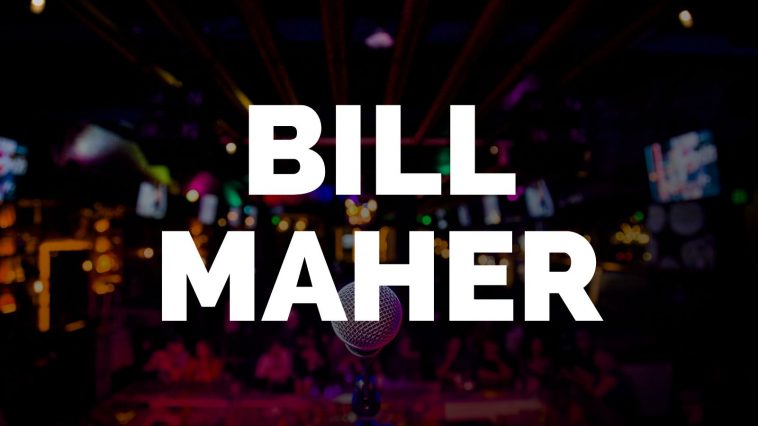 A born and bred New Yorker, Bill Maher was born in New York City in 1956. While best known as the host of his television show Real Time with Bill Maher, he is also a wonderful stand-up comedian and is considered one of the all-time greats. He has a unique sense of comedy that is quick-witted and sharp. He loves criticizing and making jokes about society. It allows his comedy to make political statements but also be seriously funny. This is the best time to buy Bill Maher tickets. Use the listings below to find some of the best seats in the venue.

Maher’s father was a network news editor and radio announcer. He was born into a family that worked in television and media. In 1978, Maher graduated from college and decided he wanted to pursue a life in comedy. Maher quickly gained traction as a stand-up comedian and was already the host of the comedy club Catch a Rising Star in 1979. In 1982, Maher started to book gigs at late-night shows. Maher continued to become more popular across the nation as he starred in a few small television shows and movies. These included many B movies such as Ratboy and Cannibal Women in the Avocado Jungle of Death.

In 1993, Maher assumed the role as the host of the television show Politically Incorrect with Bill Maher. It aired on Comedy Central from 1993 to 1997 and aired on ABC from 1997 to 2002. Maher usually started the show with a monologue and then would discuss issues about current events with four guests at the same time. Jerry Seinfield was a frequent guest on the show and loved how guests could interact with each other. The show was controversial but also heavily accoladed. These accolades include Emmy nominations, Emmy awards, Genesis Awards, and CableACE awards. Politically Incorrect was canceled in 2002 but Maher was asked to host a new show called Real Time with Bill Maher on HBO in 2003. The show was incredibly well-received and even received compliments from the great Larry King. Maher received a Hollywood Walk of Fame star in 2010.

Maher has appeared on many talk shows such as Late Night with David Letterman and The Tonight Show Starring Johnny Carson. He has performed in many different venues in America and loves traveling throughout the whole country. In 2019, he visited Detroit’s Fox Theatre and was extremely well received.

Everyone needs help when they are trying to buy tickets to shows. It can be extremely stressful especially since we all want to make sure we get the best seats. This is the perfect place to get your tickets. We keep up with news on live events and immediately update any tickets released on our website. You will be able to choose the best ticket for yourself easily.

Price is important for everyone when picking the best ticket. The best prices on tickets are above and you can buy the cheapest tickets available here. If you are still hoping for something cheaper, try visiting a little later. Many live venues like to release discounts as the event date approaches. All you need to do is make sure you visit the site frequently and early.

Maher is a great comedian because he is not scared of anything. He is brutal and honest; no topic is out of bounds for him to make fun of. Fortunately, he is hilarious which is the perfect recipe for a great time. His insights into politics are interesting in itself because he seems to speak the truth many times.

Just like his shows, Maher makes sure his authentic self is released on stage. His fans love his vulgarity and how he shows no fear. He loves making fun of politics, religion, and the mass media. He also loves to talk about legalizing marijuana.

One of the Greatest

This is the best time to buy Bill Maher tickets. You will want to get the best seats if you can. Look early and often if you are trying to find a better price. You never know if the promoter of the event will drop more tickets for the audience. Good luck with your search and let us know if we can help.