Hamilton is one of the hottest musicals on Broadway, and getting great seats to this show is a must. Whether you’re a Broadway aficionado, or you are just curious to see what all the hype is about this show, we’ve got your guide to getting the best Hamilton seats right here. Whether you’re planning a trip to Manhattan, or you will be in one of the other cities that are currently hosting the show, you can get tickets to see this hit production.

All Available Seats Can Be Seen Here 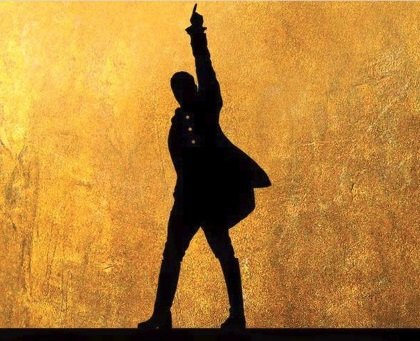 Hamilton is one of the biggest musicals ever to grace Broadway. It’s the story of American founding father Alexander Hamilton, told through high energy rap music performed in a classic Broadway-style. This might not seem like a feasible performance, but it has been perfected in a way that captures not just the tension of the creation of America but also highlights the complex person that was Hamilton. He was a pivotal part of the creation of the federal government and the father of modern banking. His story is now a part of Broadway history, too. Hamilton has become one of the most popular and bestselling musicals of all-time.

Hamilton has won multiple Tony Awards and continues to draw in huge crowds, night after night. Created by Lin-Manuel Miranda, the show has expanded and has begun tours in other cities. The unique look at an often-overlooked founding father has created a lot of interest. And this interest has extended beyond just the Broadway production. It has also revived a lot of curiosity about just who the guy that we see every day on the $10 bill really was. He was controversial back in the late 1700s, acting as the first Secretary of the Treasury, and later killed in a gunfight by Vice President Aaron Burr. Today, he is just as exciting as a figure.

Hamilton is currently playing at the Richard Rodgers Theatre. It is located at 226 W 46th St., right in the heart Manhattan, New York City.

And while all seats within the theater are pretty high quality, there are some that are better than others. Also, remember that you probably have your own ideas about what makes a good seat and what doesn’t. If you want to take a look at the seating chart, you can find it here (http://richardrodgerstheatre.com/seating_chart.php).

There are also touring shows of Hamilton playing in other cities. These currently include Chicago, San Francisco, and Los Angeles. Each of these venues has its own seating chart. If you’ll be in Chicago, Hamilton is currently playing at The Private Bank Theatre. In San Francisco, Hamilton is playing at the Orpheum Theatre. And in LA, the show is playing at the Pantages Theatre. If you’re going to one of these venues, be sure to check out the respective website for each venue so that you can see which seats are best for you.

A new review of Hamilton can be read here. Gearing up for 2020.

You can find tickets to Hamilton on any major ticket website. You can purchase them directly from the box office, too. However, if you decide to go right from the source, you are not as likely to find tickets for the night you are hoping for. Tickets sell out very fast through the box office, and they are often sold out weeks in advance. You will most likely be able to find what you’re looking for by going through a third-party site like StubHub, SeatGeek, or TicketNetwork.

What if you’re buying tickets through a site that doesn’t have a seating chart? You can either refer to the venue site itself, or you can look at a different third party ticket site as you shop around and make the most informed decision possible.

Getting a Good Price

Tickets can be expensive. But that’s the price that we put on entertainment, and Hamilton is definitely one of the best shows out there. If you’ve never seen this musical, then paying for tickets is definitely going to be worth the investment. Keep it in mind that sometimes expensive tickets are not necessarily going to be the best tickets. For example, on the official Hamilton website, there is a lottery system in place that allows you to potentially get great seats for just $10 each. Even if the seats are not ideal, this is a great balance of price and pleasure.

You’re welcome to enter this lottery, and we encourage you to do so if you want cheap tickets. But also keep in mind that your odds of winning seriously discounted tickets are not very good. You are far more likely to get tickets for the show by purchasing them outright. Rather than put all of your hopes in random chance, you can search around for cheap tickets on the various ticket sites. This comes with an added benefit of letting you choose exactly the day that you want to go to the show.

What if you will be in NYC unexpectedly two weeks from today, and you will have a free night? You call the box office, but they don’t have any seats available for that night. Rather than despair and just decide that you will not see Hamilton, check out what the ticket sites have to offer. Odds are, you will find exactly what you’re looking for. There are several sites that are highly reputable. If you go through one of these, you have nothing to worry about getting your tickets in time. And if you’re concerned that you won’t be able to have your tickets delivered to you in a timely fashion, most even have a will-call service located close to the event. This way, you can be assured that your tickets will be available to you when you need them.

And if you do end up winning the discount lottery, you can always sell your more expensive tickets on a site like this! This way, you won’t need to worry about having an excess of tickets and losing that money. The great thing about sites like StubHub, SeatGeek, and the others is that they give you a legal venue to sell extra tickets. You might not sell your tickets right away, so we recommend pricing them competitively to ensure that you are not losing out. Most sites will have a tutorial available to help you figure out what the process is for listing and selling your tickets with ease.