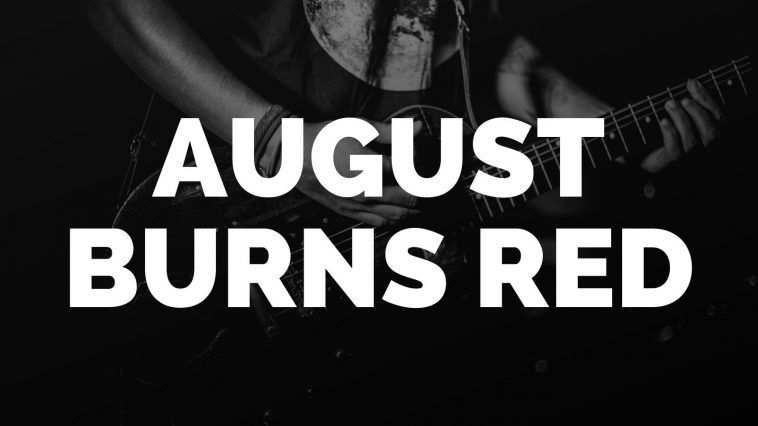 August Burns Red is an American heavy metal quintet from Manheim, Pennsylvania. The band formed while they were in high school, and solidified their senior year in 2003. After performing in surrounding areas, they were recognized and signed with CI Records rather quickly. Their chords, lyrics, and odd-meter riffs are heavy on the eardrums. If you’re a fan of American metal, give August Burns Red a listen for an intense metal experience. This is the best time to buy August Burns Red tickets. We show you all of the listings and best seats below so don’t miss out.

August Burns Red with The Devil Wears Prada The Ritz - Raleigh, NC
From $54

August Burns Red with The Devil Wears Prada The Masquerade - Atlanta, GA
From $64

If you like August Burns Red’s heavy riffs and metal kicks, be sure to check out the following artists in the genre: For Today, Miss May I, Texas In July, Haste The Day, The Ghost Inside, The Devil Wears Prada, For The Fallen Dreams, Oh, Sleeper, As I Lay Dying, Parkway Drive, and Emmure.

At the 2017 60th Annual Grammy Awards, August Burns Red was nominated for Best Metal Performance for their song: “Invisible Enemy”. In the 2015 Annual Grammy Awards, they were nominated for Best Metal Performance for their song: “Identity”. This band is the result of continued friendship and musicianship, and onstage, they have great chemistry. Screamo vocals and obtuse guitar solos streak across any listener’s mind like lightning, and their vocals and metal chord progressions take you away from anything you’ve ever heard before. Their metal is only available as they create it, and cannot be recreated by day-to-day noise, or heard in plazas as you walk to work. See August Burns Red for a wild metal ride out of the ordinary, and watch out for when the pit opens up.

August Burns Red performed at The Danford Music Hall in Toronto on January 6th, 2018. Much to the delight of their fans, they performed with energy and plenty of memorable throwbacks. Spill Magazine reports that their live concerts are musically supreme in terms of note accuracy, tone quality, and sounding as great as they do in a studio recording. August Burns Red may scream and writhe and slam hard on the notes, but check out what’s under all of that metal in their song, “King of Sorrow”: “Rest assured that everything will be okay; It’s all going according to plan. Let me speak for you in these times of dread; I’ll be your guide, now please just rest your head.” Though there may be additional context to add to the song, who said metal couldn’t have sweet intentions in small, poetic bursts? The crowds usually sing along to their favorite and most popular songs, so be sure to give their lyrics a scan before you head out.

How to Buy Tickets to August Burns Red

The best time to buy tickets to August Burns Red is today! We want you to arrive at your concert with a flexible expectations, and to have a fantastic time without overspending.

We’ll help you find cheap tickets to your favorite bands, but we also want to make sure you can discover some new ones along the way. We stock our site with continuously-updated artist profiles with data from today’s hottest music sources, like Spotify, The Concert Archives, The Grammy Award listings, and more.

See August Burns Red when they come near you next. Look for the best deals on awesome ticket seats! Pump yourself up for the concert with our song recommendations for August Burns Red, or visit their site at https://www.augustburnsred.com/ for more information, upcoming tours, press, or photo galleries. This is the best time to buy August Burns Red tickets so don’t miss seeing them in a venue near you.