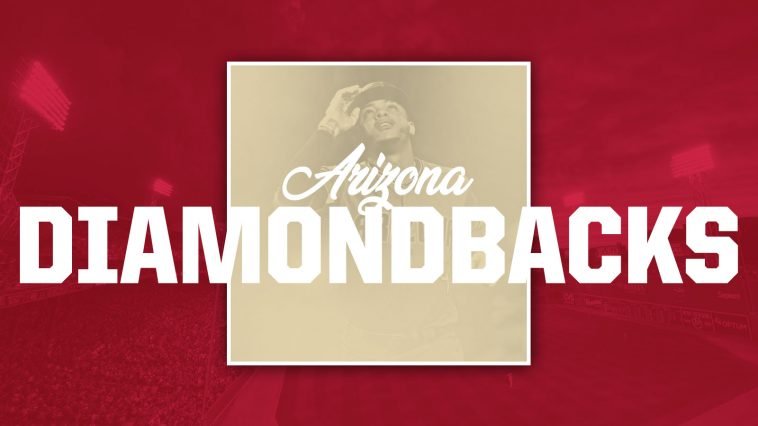 Are you ready for some Arizona Diamondbacks baseball? The season is in full swing no matter what time of year. You need to be ready to get your tickets and the best seats possible. This is a great time to start looking and find the location that works for you.

You decided to go to a game and now you want to find great seats for a minimal cost. Baseball is one of those games where if you’re lucky you can find some great seats for a reasonable price. You have to take a few things into consideration before purchasing your tickets but for the most part, you’ll end up with some nice seats.

Although the best time to get tickets will vary week to week we still think once you are two weeks out from your game you should start looking at different sections. Between seven and ten days is where prices will fluctuate either to the up or downside depending on the opponent.

You also have the opportunity to buy your tickets on the day of the game or just before the first pitch. This allows you to keep your options open. If there’s a particular game you want to watch, you may want to purchase those tickets in advance to make sure you get decent seats.

Unless the Diamondbacks are performing amazing, tickets will not sell out.

The other option to consider is the time and day of the week. You can be a lot more patient with games during the week or during the day rather than on a weekend. Weekend games are the most widely attended and costs will surely rise.

Where Should You Sit at Chase Field?

We will talk about this for all baseball teams. You want to be somewhere behind home plate. If you can afford right behind dugout seats, those are the most fun and most expensive. You have the option to see the players up close but at a price.

Sitting behind home plate does have its advantages because you can see the pitches come at the batter and you. You will pay a premium for these tickets. Some of the club seats around the arena provide special buffets and drink options. You can look into those and possibly save the day of the game on VIP seats.

We recommend watching a few sections where you want to sit. Once you get closer to the game you can see how the price fluctuates and then you can decide.

Seating Tip — Always remember the opponent and their record when finding seats. Maybe take in a game further away against a great team but move up close to a weaker team. The amount you can save could be mindboggling.

What is Chase Field All About?

Opening in 1998, Chase field was once known as Bank One Ballpark. This ballpark is located in downtown Phoenix, Arizona. You can expect many other events at this location. Due to the weather in Arizona concerts and other sporting events take place at Chase Field.

The retractable roof allows for cool days and warm days at the park. The seating capacity at the park is presently almost 49,000 people. This leaves a lot of seats available for each game. They have had a record attendance of over 50,000 people.

Can You Find Parking Around Chase Field?

Parking can come at a premium during games. With the Talking Stick Resort Arena down the road, you will find several parking lots. Some of the great parking spots are found right here.

Although you have several different options inside Chase Field for dining. There are plenty of restaurants around the area. You can expect sports bar-style places and family-style options. If you go before a game you’ll have plenty of time to select your establishment. We do recommend going a little bit early if you want to get the game on time. Sometimes baseball fans have no problem coming in late.

Staying the Night in Phoenix

Are you coming from out of town or just far enough away? Hotels can get quite expensive in the area of Chase Field. They are also not right next door to the stadium. We do like the options of the Kimpton Hotel, Hyatt Regency, and the Sheraton Phoenix Downtown. Of course, during the week you will pay a lot less than on a weekend.

Drinking beer on a budget is sometimes available at Chase Field. You can find 14-ounce domestics for around 4 to 5 dollars. If you decide to go with larger premium drafts you will be spending anywhere between $10 and $15. The nice thing is you will have plenty of West Coast and mountain style IPAs. These include anything from Stone IPA, Breckenridge Avalanche, Ballast Point, and Golden Road Wolf Pup. You’ll have plenty of options for a baseball game outing.

Season Tickets –  If you decide to go to a lot of games this year you’ll want to get season tickets. This will allow you to get the cheapest price possible for the number of games you want to attend. If you decide it won’t be an option to go to a game you can give it to a friend or sell them on StubHub or SeatGeek.

Single-Game Tickets – This is a great way to purchase a ticket either two weeks out, the day of the game or when you are ready. You will most likely spend a little more money on your game but you’ll have seating options.

Last-Minute Tickets – Baseball is notorious for people purchasing tickets on the day of the game. If you just want to sit in the bleachers or further out in the field you’ll have these options available. Keep an eye out for some great deals at any of the available ticket sites.

The Arizona Diamondbacks joined the MLB in 1998. They play in the National League in the West division.

They do have one World Series title to their name. In 2001, they beat the New York Yankees to take home the championship. They’ve also won one NL pennant and have won five divisional titles.

The attendance has moved in the wrong direction since its inception in 1998. They have since fallen off pretty well but they rank pretty well among other teams.

The biggest name in Arizona Diamondbacks history is Randy Johnson. He pitched from 1999 to 2004 and in 2007 – to 2008. Another pitcher, Curt Schilling was on the championship team as well.

We try to provide the best tickets for upcoming games. We do work closely with SeatGeek and StubHub to provide these tickets. Each site will have similar prices and similar fees so keep an eye out for the best one.

Over the last 10 years, we have seen an average ticket price of around $30-$35 per ticket. It’s safe to say that prices will go up when the team is playing well and fade when the team is playing poorly. If you’re willing to spend the extra few bucks for better seats it could be worth it. Try to consider a weekday game versus the weekend to save the most amount of money.

What is the Best Way to Buy Single-Game Tickets?

If you are solo, you can buy them just before the game and get a great seat. Give yourself about 7-10 days to find nicely priced seats at Chase Field.

We talk about this a lot. Cheap tickets do exist at the right time. If you are willing to put in a little effort you can save a lot of money on Diamondback games.

What are your Options when to Buy Diamondbacks Tickets?

Baseball game tickets are one of the sports where you have a lot more freedom due to the number of games each year. Pick one or two games that you want to see and watch similar sections for the best-priced tickets.

Where Should You Sit at a Diamondbacks Game?

Depending on budget, if you can get access to some behind the plate tickets you’ll have a great experience. Watching the game from this location is well worth the cost.