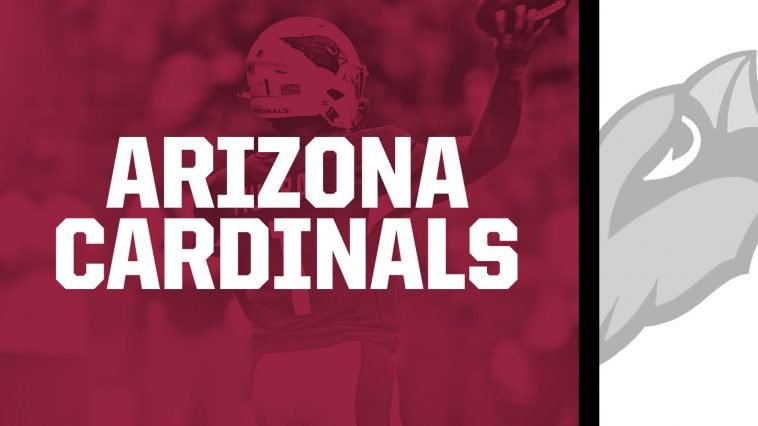 Another great year of Arizona Cardinals football is here. You will learn about how you can get the cheapest tickets to a game as well as where the best seats are at State Farm Stadium. We will also go into some information about the Arizona Cardinals Stadium and its organization.

The ticket listings below cover everything Cardinals. We are talking from the Pre-season to the Super Bowl. You will also see listings for parking passes. This is always something you will want to get ahead of time.

Glendale Arizona is one of the fastest-growing cities in the nation. Add in a good Arizona Cardinals team and you have a vibrant city all season.

The difference between buying tickets for the Cardinals vs. the Suns is the amount home games. You will only have a handful of games to choose from. This is where you’ll need to know which game you want to go to.

Although most games will have a decent size price tag (Seat Location), some games will be more affordable than others. Things to think about when selecting are: Is the opponent in their division? What kind of record does the opponent have at the time? What star players are on the opponent’s team? Yes, we all want to see the big named stars, but depending on your situation, you may want to go to a game against a team that isn’t full of stars.

How about the day of the game tickets? Is this a good time to buy Cardinals tickets? There are many ways to look at this. You can definitely get some good game-day tickets. If you are taking the family, you may want to have everything in order before you go. Using sites like SeatGeek will get you access to all kinds of day-of-the-game tickets.

We all want those premier seats when attending a game. Budget is critical when deciding where to sit. Here are some sections you should look for when buying seats. Remember, seats within the same section could vary dramatically. Keep that in mind when you want to save a few more dollars.

The first thing we will always mention is that the seats in the middle of a row are going to be cheaper than seats on the end. If you don’t need an aisle seat then you should definitely look at the middle row.

Premium Seating –  These are the all-inclusive seats to entertain or if budget isn’t an issue.

Home Bench – Sections 109 and 109 are right behind the Cardinals bench and you can see some great sideline action.

Visitor Bench – Consider the visitor side to save a little money. These sections are 129 and 130.

Field Boxes – This is a nice way to go.

Club Level – The 200 level is a great way to watch the game. Not all of the amenities, but some great views and extras.

Club Cabana – Consider this for some great entertainment. Furniture seating and is located on the club level. Fit up to 8-12 spectators. A nice semi-private view.

Any other seat outside these few areas should be based on price. Try to get more center of the field for a better experience.

With over 24,000 parking spaces, you shouldn’t have a hard time finding a parking spot. The key is to have a parking pass ahead of time. Depending on what kind of seats you have, you may have a parking pass next to the stadium. If you are sitting up top, you will most likely be tailgating with the rest of the fans. Use sites like SpotHero to get your tickets ahead. There are also multiple ways into the stadium, so keep that in mind when going.

There are a ton of restaurants to choose from if you plan to go eat before a game. Obviously, you always have the expensive option of eating at the stadium. Tailgating is also a good way to eat before a game. We selected a couple of places you may want to check out if you decide to go that route.

McFadden’s – A fun place to get some appetizers before the game. Let’s not forget about some good beer as well. Amazing jalapeño poppers, gooey mozzarella fritters, and nachos are the go-to plays for this location.

Bar Louie – Whether you are looking for an early beer or a nice brunch Bar Louis has you covered. A real nice breakfast could be had for under $10. You can also consume some once omelets for a very reasonable cost. Bottomless mimosas are the way to go if you feel like getting your day started right.

Not ideal all of the time, but if you need to stay overnight for some reason, Monday Night Football, for example, there are definitely places to stay. Here are a couple of hotels to consider.

Tru By Hilton Phoenix Glendale Westgate – One of the highest-rated hotels in the area. You will receive some nice treatment if you plan to stay here.

Hampton Inn & Suites Phoenix Glendale-Westgate – A reasonable cost hotel, the Hampton will give you everything you need. Some amenities are missing, but overall your stay will be enjoyable for the weekend. Costs will vary based on the time of the year.

What Type of Tickets?

Arizona Cardinals ticket prices will vary from game to game. You can find seats for $25, but on average you can expect to pay around $75.

Season Tickets – Your best option when it comes to an upfront selection of tickets. Should you not be able to attend a game, you can always give them or sell them to someone. You can use secondary markets like SeatGeek and StubHub to handle this for you.

Last Minute Cardinals Tickets – You can wait until the last minute to get a ticket. This is definitely your best option if you plan to attend alone. You can also look into the standing room section of even a cheaper spot at State Farm.

Although they have won a conference championship, they still haven’t won the Super Bowl. They were 10 seconds away back in 2008, but that is a memory most Cardinal fans don’t want to talk about.

The future is always looking good. They will need to take the one game at a time approach and maybe one day get back to the Super Bowl.

All tickets in the NFL are now considered mobile tickets. For the most part, there are no more printed ticket stubs. This can vary from stadium to stadium, but remember this before you make your way.

Tickets purchased may not arrive on your mobile device until a day or two before the game. Don’t panic. This is the way it is done to avoid fake tickets and fraud. All the major third-party sites will tell you about this ahead of time.

We hope this Arizona Cardinals Ticket information will help you with your purchase. If you have any questions let us know. Finding that cheap seat is what we are all about.