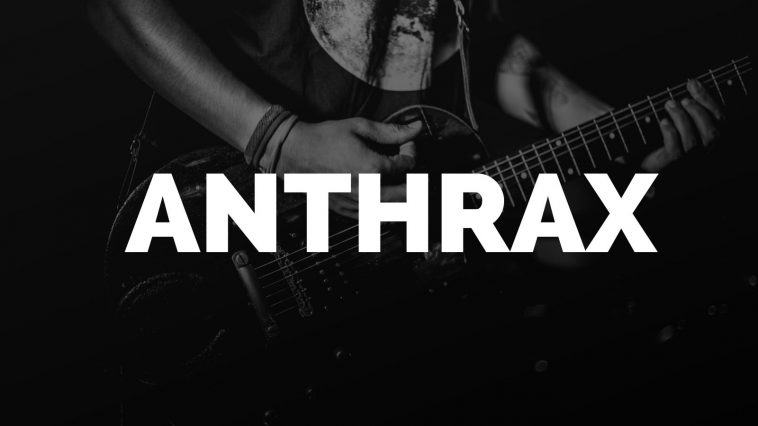 This heavy-sounding metal band from New York City was formed in 1981. Anthrax is considered one of the first thrash metal bands created and seen as one of the leaders of the thrash metal scene in general. They have a ton of influence in the metal world and are one of the metal band greats. Anthrax was originally formed by Scott Ian and Dan Lilker who have remained consistent members for a large part of the band. Anthrax is known for having different vocalists and they have gone through several famous singers. This is the best time to buy Anthrax tickets for any of the upcoming shows near you. You are going to want to sit in the best seats you can find.

Both Ian and Lilker loved metal music at a very early age. They saw bands like Kiss perform at a young age and were high school classmates with one another. They also wanted to sound evil and were into dark themes together. The band went through many different lineup changes but finally settled enough to release their debut album in 1984. Anthrax became one of the rare east coast metal bands. It was unique and became a source of pride for many people since metal in America is mostly dominated by the west coast.

Anthrax continued to rise in success and became one of the leading bands in the thrash metal scene. Today, people cite Anthrax as one of the Big Four thrash metal bands. They are one of the most commercially successful bands and their worldwide sales are estimated to have exceeded ten million. Besides their reputation within the thrash metal scene, the band had a hand in making rap metal popular because it was the first metal band to collaborate with a hip-hop group. In 1991, the band worked with Public Enemy to release a version of “Bring the Noise” that combined metal and hip hop styles together.

One of the most popular bands in the world, Anthrax has the privilege to tour the world and attract sell-out crowds wherever they go. They participate in many metal festivals on the international stage. After their single with Public Enemy, they were invited to tour with the hip-hop group and reached out to a whole new audience of hip-hop lovers. The band makes frequent visits to countries all over Europe and Australia. They have participated in the Sonisphere Festival which is a touring festival that goes all over Europe.

If you want to get the best tickets to see Anthrax, you have to make sure you know where all the available tickets to their shows are sold. If you are looking to find cheaper deals on their tickets look above in the listings. Many venues like to release discounted tickets at different times so it can be hard to keep track of when that is happening.

Fans of Anthrax will tell you that they are one of the best bands in the world because despite how long the band has existed they still manage to make metal sound so pure. The band understands how to make the metal genre click and they continue to do that to this day. They have so many singles and classics that are catchy and people can sing along to at the top of their lungs

Anthrax is well known for its tours because of how bombastic they are. They are considered to be one of the loudest bands to listen to and create very exciting concerts to go to. They really understand how to make their songs as loud and pleasing to pure metal fans.

If you are looking for a seat to this legendary metal band, you should get your tickets today! Anthrax continues to impress with their energy and love for making music. They know how to create fresh metal songs while maintaining the roots of why people fell in love with them originally. Your ticket to this band will guarantee a night that will blow your mind away. This is the best time to buy Anthrax seats at a venue near you. There are plenty of tickets to choose from but do your best to get the best seats to have a better experience.