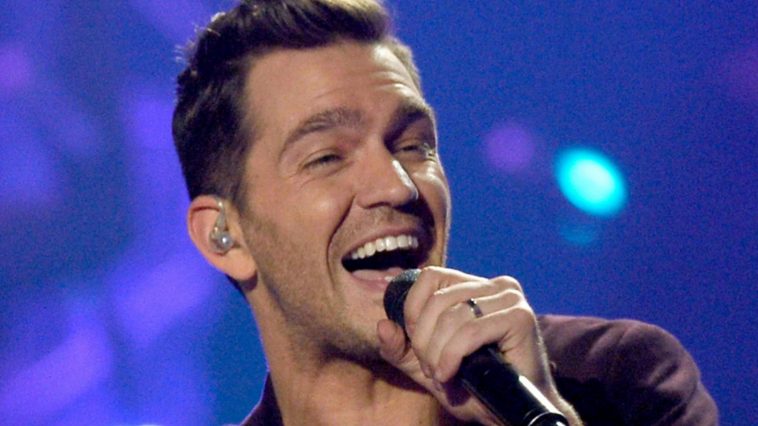 Andy Grammer will be hitting the road this fall with the tour “Don’t Give Up On Me”. The tour kicks off

2nd of September in San Diego, California, includes stops in locations like Los Angeles, San Francisco, Seattle, Denver, Chicago, Philadelphia and wraps up the 1st of November in Boston, Massachusetts.

Scheduled to be released on the 26th of July, this is Grammer’s fourth studio album. The lead single – “Don’t Give Up On Me” features the “Chorus of Public School 22” in New York and has a video that has already been streamed more than 60 million times on iTunes, whilst being available also on Spotify.

There were no events found for Andy Grammer.

The album brings fans several types of musical arrangements, from pop anthems to profound, lyrical songs. Grammer continues to showcase in this album the same “always look on the bright side of things” approach that is defining for his musical brand.

If you want to enjoy one or more of Grammer’s touching live performance, you can get your tickets from many of the great sites.

Born Andrew Charles Grammer on 3rd of December 1983 in Los Angeles, California, from a Grammy-nominated artist father and an activist for women’s rights mother, Andy Grammer is a reflection of the expression “self-made man”. In the fourth grade, he began to play the trumpet and later he studied the piano and the guitar. In ninth grade, he started to write songs and in 2007 he took his bachelor’s degree in Music Industry Studies.

The 20 years old Andy moved to Los Angeles, California to pursue a musical career. Like most musicians, his beginning was quite humble: he wrote songs when he had some free time and started to perform in Santa Monica, on the Third Street Promenade. He was part of a musical duo and gathered all the songs he wrote in a self-produced live CD. He sold around eight thousand copies of this album, yet during one day when he didn’t manage to reach his “target”, he wrote a song called “Keep Your Head Up”. His roommate introduced him to actor Rainn Wilson and together they created a video for this song. The video was declared in 2010 “Video of the Week” on iTunes and on the 24th of February 2011 was released as the lead single of the album “Andy Grammer”. Grammer wrote all the songs from his debut album, produced among others by Matt Wallace from “Maroon 5” and released officially on the 14th of June 2011.

“Keep Your Head Up” sold more than 1 million copies and received platinum certification. The interactive music video of the song won the “O Music Award” from MTV the same year.

The album “Andy Grammer” entered both “Billboard 200” and “Billboard New Artist” and reached #1 in “Billboard Heatseekers Albums” chart. 2011 was also the year in which Grammer joined on tour both Natasha Bedingfield and Colbie Caillat, creating with them unique live performances.

The next year, Grammer released two EPs: “Live from L.A” and “Crazy Beautiful”. Two years later, in 2014, his second studio album was released. “Magazines or Novels” had a major hit: “Honey, I’m Good”. The song achieved several performances: it received three times platinum certification, it reached #9 on “Billboard Hot 100” and a year later, in 2015 was nominated for two “Teen Choice Awards”. The same year the artist teamed up with professional dancer Peta Murgatroyd for the 21st season of the “Dancing with the Stars” show. He finished the competition on 07th place alongside Allison Holker, as Peta suffered an injury and couldn’t continue.

Even if his participation in the reality show kept him quite busy, he still had the resources to release the single “Good to Be Alive (Hallelujah)”, included on the 6th of November 2015 in the deluxe version of the album “Magazines or Novels”.

The summer of 2016 saw his single “Fresh Eyes” reach more than 250 million streams. On 9th of June 2017, the singer and LunchMoney Lewis released together with the single “Give Love”. The song was included in Grammer’s third studio album called “The Good Parts”. The same year Grammer wrote and performed the song “A Friend Like You” for the animated movie “Captain Underpants: The First Epic Movie”.

This year Grammer brought his contribution to the soundtrack of the movie “Five Feet Apart” with the song “Don’t Give Up on Me” and is ready to release “Naive”, his new studio album.

As for personal life, influenced by her mother who militated for equal rights for women, Andy teamed up with the NGO “Tahirih Justice Center” and in 2013 he launched the campaign “KathyGramm” aimed at helping women. In July 2012 the musician married the singer-songwriter Aijia Guttman. In July 2017 the couple welcomed their newborn daughter, Louisiana K.

Andy Grammer seems to have it all: he releases new musical material on a consistent basis, he makes time for his family and for helping others and continues to delight fans with his live performances.