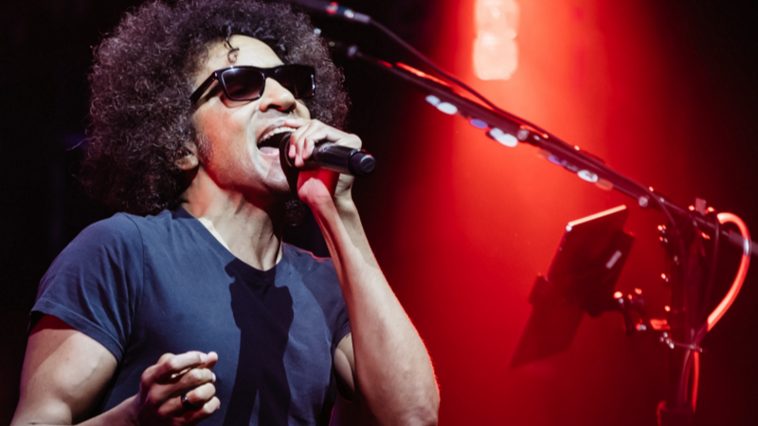 One of the four Seattle bands that helped push mainstream attention onto grunge as a genre, Alice in Chains was formed in 1987 by Jerry Cantrell, Sean Kinney, Mike Starr, and Layne Staley. The band is influenced by a lot of genres and Cantrell has always liked the heavy metal label instead of the grunge label for their band. They are famous for the unique harmony that their dual vocalist system brings to their music. Before we continue it’s important to know about the listings below. You will find the best seats for an Alice in Chains show right below. These tickets will allow you to have some of the best experiences at a concert.

There were no events found for Alice in Chains.

Prior to Alice in Chains, the four original members played in several Seattle bands that broke up. Many of them played with each other in previous bands; they would continue to mix around until all four of them ended up together in the same band. Cantrell and Staley were even roommates before Alice in Chains was formed. The band went through many different names before they finally used one of Staley’s old band’s names – Alice in Chains.

Their first album release, Facelift, was not commercially successful at first. Six months after the release, MTV added the single Man in the Box to their radio station and almost instantly pushed Alice in Chains into celebrity status. They started to open for acts such as Iggy Pop and Van Halen. One of the popular places they perform is the Moore Theatre in Seattle. They would continue to release music and a lot of their releases are considered to be some of the greatest albums in music history.

In 1990, they released a VHS tape of their concert at the Moore Theatre and the release was certified gold by the RIAA. In 2008, after a long hiatus, the band performed at the Soundwave Festival, one of Australia’s most significant music events. Their reputation will always allow them to headline some of the biggest music tours and festivals in the world.

Alice in Chains does not consistently perform so it can be difficult to catch their tickets and keep track of the band’s tour schedule. This also means their concerts drag in large crowds of people who have been waiting to see the band for a long time. As concert dates approach, tickets with discounts will start to appear. The listings above will carry the shows coming up and take you to the shows that are in the distant future as well.

The band took a very long break after their original lead singer Staley died. They started releasing new music in 2009 and the sound many fans fell in love with is still prevalent. Their dark and moody lyrics have continued to be paired with pretty and catchy melodies. They are slowly shifting from their grunge noise and becoming more of a metal band. Yet, their new music shares a lot of the same songwriting techniques that their older stuff did. They still use layered guitars to create an expanding sound that original fans will remember as a signature.

Considered one of the greatest grunge bands of all time, their tickets are widely craved by music fans all over the world and their concerts frequently sell out. Alice in Chains has always been described to have a large sound and this makes perfect sense if you get the chance to see them perform live. As gifted musicians, their music comes to life on set and it is powerful to see them use their instruments to create the expansive melodies they are known for.

The Alice in Chains Story

Alice in Chains is received well by music fans and critics. Even though they had to go through lineup changes because of unfortunate circumstances, they have continued to create music under the same name because they love playing together. Their passion will always seep into their music and that’s what makes them so celebrated. As they continue their career, they will start to tour more and headline more large festivals. Make sure you see this once-in-a-lifetime band that has solidified its place in music history.