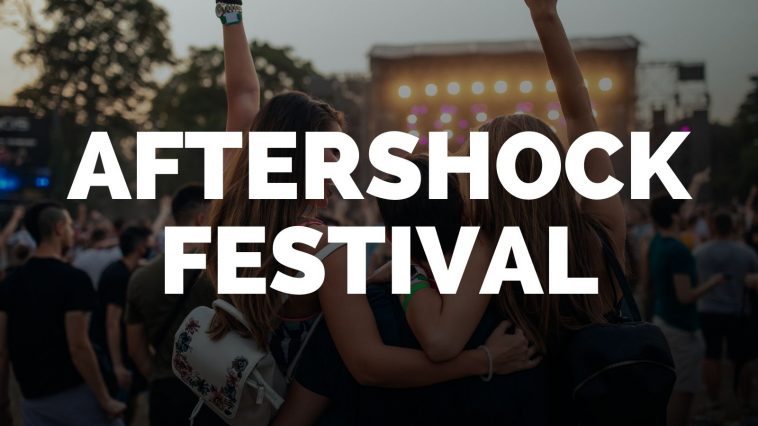 The Aftershock Festival is a musical event in Sacramento, California that highlights the best of the broad hard rock genre. Starting in 2012, the annual Monster Energy-sponsored festival gathered bands to perform heavy metal, hard rock, post-hardcore, thrash metal, death metal, nu-metal, alt-rock, punk rock, pop-punk, and metalcore music. It’s one of the few events that purely features artists on the “darker” end of the rock spectrum. Although, not all of the bands are represented by heavy undertones, with Weezer, Tech N9ne, and 311 making unlikely appearances.

Aftershock is held, more specifically, in Discovery Park, during the middle of Autumn (generally October). The surrounding environment is much more beautiful during this season, and the extended summer heat has generally started to calm down. With more than 20,000 annual attendees, the event is the largest of its type in the capital of California. This event is perfect for fans of the showy thrash-metal era, with bands like Korn, Slayer, Tool, and Nine Inch Nails often headlining. A wide variety of other popular artists round out the event, making it accessible to those merely dipping their toes into the pool of metal and hard rock.

The world’s best metal bands have increasingly been included in mainstream music festivals, such as Coachella and Bonnaroo. Nonetheless, there is no better opportunity to see such bands than attending Aftershock. The Aftershock Festival has developed a firm reputation for being able to gather heavyweight lineups unmatched by any other event. For example, the 2015 lineup featured Slipknot, Faith No More, Coheed and Cambria, Deftones, Breaking Benjamin, Marilyn Manson, Jane’s Addiction, Stone Temple Pilots, Seether, and more.

Awesome burgers, BBQ, and bacon-centric items are easy to find among the food vendors. This is not a green/vegetarian/make-everyone-comfortable event. Yet, if the food and drink on the site is not your thing, there are plenty of alternative local dining options nearby. It’s meant to be a tried and true tribute to decades’ worth of fans of the hard rock and metal music industry. Other available activities include a music station where visitors can jam with each other, an art zone where visitors get to create and express themselves, and a metal-themed golf course.

Buying Tickets to the Aftershock Festival

Really, there is no event quite like Aftershock. The festival offers an all-star lineup of bands representative of the last forty years of metal and hard rock history. When you get tickets to the event, you are invited to discover the past, present, and future of guitar shredding, drum smashing, and ballad singing.

Tickets to the Aftershock Festival sell quickly, so it’s important to stay on top of ticket releases. There are both general admission and VIP ticket options, with the VIP option twice as expensive, and inclusive, as the general admission option. Find your festival tickets using the links above.

Leave the Car and Wear Some Sunblock

Parking has been an infamous piece of the Aftershock Festival. Come prepared for tight parking and traffic jams, and make sure to arrive with enough time to get to the festival grounds from your vehicle. There are purchasable premier parking passes for spots at Discovery Park, but other drivers can park their cars at the Sleep Train Arena parking lot. Shuttles are available to transport you, but they also cost some money.

There is no camping anywhere on site, but the promoters of the festival put together deals with some of the best local hotels for ticket holders. Leave all things dangerous, outside food and drink, and large bags or coolers at home. There are plenty of vendors within the event, and there is a wide range of popular dining options nearby. Make sure to bring a clear, empty water bottle and sunscreen. Although the summer will have passed, the sun likes to linger about in Sacramento.

The History of Hard Rock in One Place

Bang your head, pump your fist, and rock on with fellow metalheads (or become one!) by attending the Aftershock Festival. During one weekend a year, music fans have the opportunity to see generations of talent on stage, live, and in person. Enjoy good food, warm and breezy weather, and a passionate community of attendees by getting your ticket to Aftershock today. There’s no better way to get tickets for you and your friends than actin now. The best tickets for the Aftershock Festival are right here. VIP access is always the way to go if you can afford it.