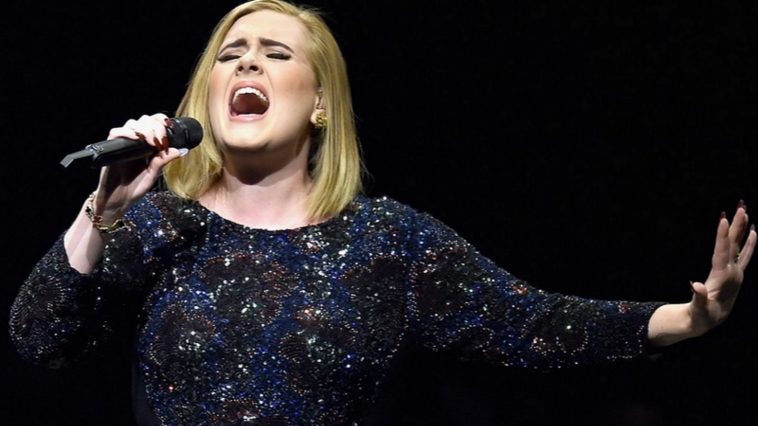 A prolific singer, Adele Laurie Blue Adkins was born in 1988. She is an English musician and comes from London, England. Adele is best known for her stunning voice that took over the world. She is more than just a famous musician but also a cultural icon because of how popular she became. Fans of her love how she carries emotions in her voice and music. This is the best time to buy Adele concert tickets. You have a chance by using the listings below to find the best seats for her next concert.

Adele started singing at the age of four. She became obsessed with voices at an early age. As she grew up, she started hanging out with many friends who also liked playing the guitar. She went to the BRIT School for Performing Arts & Technology in Croydon. The school helped nurture her talent as a music performer. She graduated in 2006 and started pursuing a path to create music.

In 2007, Adele started releasing her first singles. She received a lot of recognition for those two singles. Even before her debut album came out, people were claiming she was going to be the next big thing. She won a Brit Awards Critics’ Choice and was named the number one predicted breakthrough act of 2008 in an annual BBC poll of music critics. She released her album and it exceeded expectations. The album debuted at one on British charts and she won a Mercury Award for it. She became extremely popular in America after she performed on Saturday Night Live. She helped the program earn its best ratings in 14 years.

Her second studio album was released in 2011. It achieved even more success and broke numerous records. For this album, she won six Grammys which is a record-tying number. It is the fourth best-selling album in the UK. The success of the album placed her name in the Guinness Book of Records multiple times. She has shown no signs of stopping and continues to release music that breaks records and wins awards. Time Magazine has listed her as one of the most influential people ever in 2012 and 2016.

Adele had a hard time touring at first because she got homesick easily. However, she has paced herself and understands how to go on extensive tours without getting too tired. An Evening with Adele was her debut tour that happened from 2008 to 2009. It was extremely successful, especially for a debut tour. Her tour from 2016 to 2017 saw her break attendance records in more than one country. These countries included the UK, Australia, and the US. She ended that tour at the Wembley Stadium.

It is definitely not easy to get an Adele ticket before her shows sell out. She is one of the most popular artists ever. Whenever she announces a tour, buy the tickets that have been made available. Just visit and you will be able to pick and choose the best dates and locations for you.

If you need cheaper tickets, you can definitely try to wait and see if venues will release different deals in the future.  Make sure you buy them immediately if you see these discounts.

Adele has shown the world that she is a singer like no other. She has written so many songs that have touched millions of people in the world. To connect so many people through music proves that she has a talent that can not be replicated. During her performances, her voice is clear and unleashed. It is a once-in-a-lifetime voice that can touch anyone’s soul and heart. Missing out on hearing her sing is a mistake no one should make.

This is your chance to get the best seats for an Adele concert. The listings above will show you the upcoming shows. If you need to load more shows the load more button will take you to even more tickets that are available. Don’t miss out.