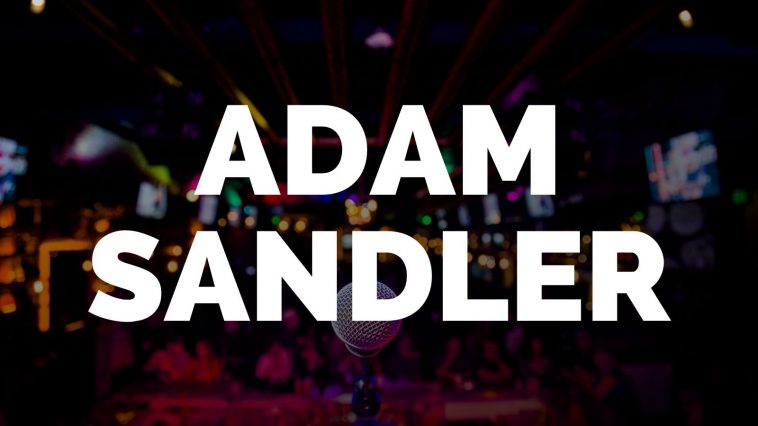 Adam Sandler is one of the most recognizable names and faces when it comes to comedy acts. You’re most likely here looking for information about how you can have a good time at one of his stand-up shows. The good news is we will share what we know about getting tickets with the best seats in mind and go over some of the interesting things Sandler has done in the past. The first thing you should do is look at the listings below. You will see some of the shows that are coming up on the calendar. If you don’t see a venue near you be sure to check out the load more button which will take you to a list of all of his events. Trying to get the best seat for an Adam Sandler show is the goal. So let’s get into it.

Where to Sit at an Adam Sandler Show

Finding the best seat for an Adam Sandler show will come down to a few things. How many shows is he performing in that one venue and how big is the venue? Usually, the smaller the venue the more intimate the event can be. However, we see big acts like Kevin Hart playing at huge places around the country.

As for Adam Sandler, we will go through a couple of places he is performing over the next couple of months. Should you be seeing this after the fact, the ideas we share will work for all of the different shows.

*** If you missed the presale or onsale date you will most likely have to pay resale prices. You should try to avoid the official platinum tickets you will see listed on Ticketmaster. This is Ticketmaster grabbing the best seats for themselves and upselling those tickets by a wide margin. It is probably the most frowned upon method they do.

We are noticing most of the small venues being sold out. These venues are not even that small. Places like the Amalie Arena in Tampa, FL which holds 21,500 people still have standard admission seats available. If you zoom into the seating chart you will see all of the official platinum seats that are available. It makes us cringe when we see these.

The Hard Rock Live is currently hosting two shows. The first one sold out and a second one was added. There are times when you are not sure if there will be two shows so you are forced into less optimal seats at the first show only to realize you have a new chance. If you are a single patron you could find a decent seat at standard admission cost. You are most likely heading to the back if you are more than one person.

If you are near the Bon Secours Wellness Arena in Greenville, SC, you are in good shape. There are decent seats still available. If you are quick you can see how there are official platinum seats in the second section for $180 and if you go two rows back you will see really good seats for $127. Huge difference for a couple of rows back. This is what you need to look for.

The key is to keep digging through Ticketmaster or Live Nation. If you are unable to get there for the presale or onsale, you may have to head over to a third-party site like SeatGeek. This is our choice when it comes to finding good seats. You can meet or beat the official platinum prices.

The final tip of the day is to know your budget. Have a couple of people trying to get in the queue so you can have a big selection. If you missed your chance, the budget will have to be wider than you expected. At the end of the day, spend that extra money to get a better seat for a better experience.

Depending on how old you are will determine when the first time you saw him. More than likely you saw his beginnings when he was on Saturday Night Live for five years. He worked alongside some of the greatest comedians to this day. Guys like Chris Farley, Mike Myers, Jimmy Fallon, Bill Hader, and Jason Sudekis. There were many other great performers on SNL that Adam worked with.

Once he found his groove on SNL, he embarked on making movies for the big screen. At this point, he has over 36 movies to his name. The late ’90s and early 2000s were very good for Adam Sandler. He starred in over 10 films. Some of these were big hits while others still did well, but weren’t necessarily his best. Some of the early movies that set the stage were Billy Madison, Happy Gilmore, The Waterboy, and The Wedding Singer. Each one of these films had that Adam Sandler feel that many people love and enjoy.

He would go on to make all kinds of movies from there on. Starring with Chris Rock and Rob Schneider in Grown Ups to playing alongside Drew Barrymore in the comedy Blended.

Currently, you can see Adam Sandler going after pickier roles that suit his age. He teamed up with Netflix to make the basketball move Hustle. Although it has comedy it feels like a drama with comedy spun through it. He is slated to have some other movies coming out on Netflix down the road.

Music and Live Shows by Adam

Besides being an actor and a stand-up comedian Adam Sandler also ventured into music. Most of these albums and songs got included in his stand-up routine. The Chanukah Song was known as his biggest single. It reached the 25th spot on the modern rock charts. The Thanksgiving Song was also a big hit for Adam Sandler. Although his full-length albums never fully took off, this wasn’t necessarily a bad decision. He had plenty of followers at the time who would buy his music.

Get Your Laugh On

Now it is up to you to find tickets for the next Adam Sandler show. He doesn’t tour that often so when he does be sure to get out there and check it out. Comedians are usually one-person acts and although you can hear the performer from all locations in the building we suggest you get as close as possible. If you are a huge fan, having the best seats for an Adam Sandler show will be worth it. We hope the information we provided will help you get those seats. If you have any questions about buying tickets please reach out and let us know if we can help.